Wesley Gibson’s (James McAvoy) life is a mess. By day, the 25 year-old slacker sits behind a desk at a tiny cubicle in a low-paying job, trying to tune out the unreasonable demands of his overbearing boss (Lorna Scott). Evenings, he retreats to the equally-unpleasant confines of the noisy dive he shares with an abusive girlfriend (Kristen Hagen) who’s openly sleeping with his best buddy from work. So, it’s no surprise that he suffers from panic attacks, especially since he’s too much of a wimp to do anything about his dire straits.

But opportunity knocks for Wesley in a drug store while waiting to refill a prescription for his anti-anxiety medication when he’s approached by Fox (Angelina Jolie), a femme fatale with a take charge attitude. The mysterious stranger calmly informs him that the father he’s never known had been a colleague of hers in a secret society of cold-blooded killers called the Fraternity. She further delivers the shocking news that his Dad was shot to death the night before by Cross (Thomas Kretschmann), a renegade assassin. 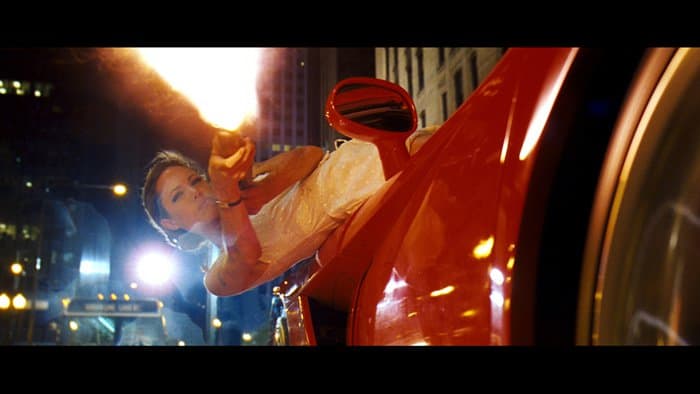 Before he even has a chance to digest this information, Cross appears in the aisle pointing a gun in their direction and a shootout erupts which spills into the street and turns into a gravity-defying, adrenaline-fueled car chase clear cross Chicago. When the dust finally settles, Wesley finds himself deposited in front of an abandoned textile mill on the edge of town which serves as the Fraternity’s headquarters.

Inside, he’s soon recruited to join the organization by Sloan (Morgan Freeman), a sage elder statesman who explains that it is his destiny not only to avenge his father’s slaying but to save the planet as well. It doesn’t take much to convince Wes to accept the noble mission, given the miserable existence he’d be leaving behind. 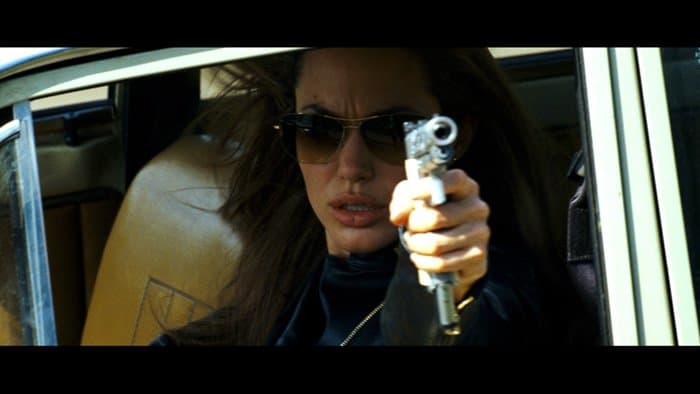 Still, becoming a world-class hit man calls for mastering a variety of fighting techniques, such as being able to shoot the wings off a fly and to bend the direction of a bullet via mental telepathy. So, prior to setting out in search of the ruthless Cross, it is imperative that Wes first embark upon a grueling training regimen with the help of a crack team of taskmasters, including The Butcher (Dato Bakhtadze), The Repairman (Marc Warren), The Exterminator (Konstantin Khabensky) and Gunsmith (Common).

This is the intriguing setup of Wanted, a graphic splatter flick based on Mark Millar’s comic book miniseries of the same name. The over-plotted superhero adventure might be best described as a compelling cross of The Matrix and Memento, since it shares the former’s reliance on cartoon physics elements and the latter’s love of confounding convoluted twists. But Wanted is also at times reminiscent of The Karate Kid, Sin City, The Gang That Couldn’t Shoot Straight and the video game Grand Theft Auto. 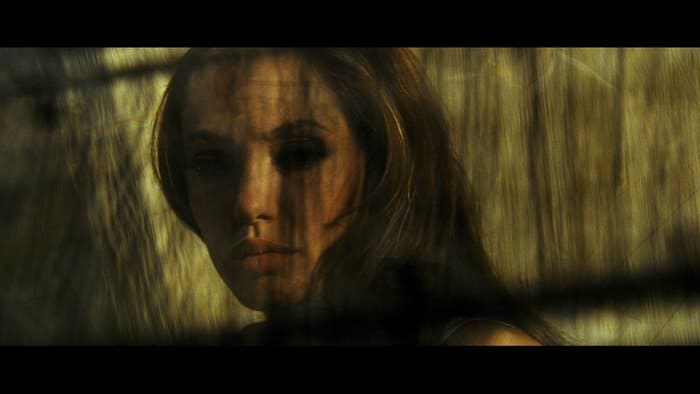 Soviet director Timur Bekmambetov makes an unforgettable, if quite controversial, English-language debut with this relentlessly-amoral exercise in gratuitous violence. For the picture emphatically endeavors to desensitize its audience by adopting an air of indifference about all manner of savagery being committed against animals and humanity.

A cinematic Columbine filled with wanton carnage designed to validate the bloodlust of every ostracized loser stuck in a dead-end job and daydreaming of evening the score by going postal.

To see a trailer of Wanted,