The original Wall Street was about two men who lived, fought and died by the sword. Wall Street: Money Never Sleeps is about a Wall Street trader who supports green energy, accepts big bonuses, lectures his mother on the perils of financial speculation and takes a job offer from the man who ratted on the father of his fiancee. The story, unfortunately, is equally multi-faceted and becomes a series of flat lines that fail to create a moment of tension. The time spent with Gecko, who eclipses all else in this film, is so fleeting we are hardly able to get out our first hiss and boo before he is gone and, although money may never sleep, if you watch this in a comfy chair, there’s a good chance you will. 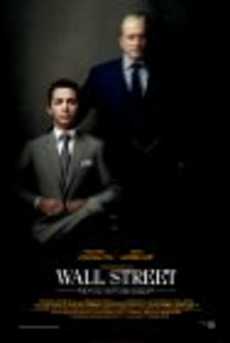 Jake (Shia LaBeouf) is a Wall Street trader and is dating Winnie (Carey Mulligan), who devotes herself to saving the earth. Winnie is estranged from her father, Gordon Gecko, and when Gecko completes his eight year prison term for fraud and insider trading, there is no one to pick him up from the prison gates. Jake wants to reconnect Winnie with her father, contacts Gecko direct and arranges for the three to meet.

The main character in this story is LaBeouf, but he lacks screen presence and is in no way powerful enough to carry a film. The fact that he is a tree-hugging stockbroker dilutes him further and his motives always remain questionable. Equally mysterious is the decision by the writers to bring in a second villain, Josh Brolin, when there is a perfectly good one fresh out of jail and more than capable of creating as much havoc as any film needs. But therein lies the rub. Jake trying to take on Gecko would be like the buzzing of a gnat around a great hippo so instead we are left with Jake and Brolin, whose conflicts are inconsequential and it feels as if we are simply treading water.

This sequel includes the real global meltdown of 2008 which is played out with such casualness that all perspective is lost and in making light of a world disaster the filmmaker exacerbates the one of his own. There is just one great moment in this film, delivered by Gecko, of course, which is when he makes a speech and states that, in his trading days, he claimed that “greed is good.” During his incarceration, deregulation changed everything, and now, he states, “greed is legal.”

The ending of this film is particularly weak. Five minutes before the end, all the characters are estranged but, as soon as $100 million lands on the table, all is suddenly well. So the message must therefore be – ‘as long as there are enough zeros on the check, everything will work out fine’ which is endorsed by a cameo by Bud Fox, who bumps into Gecko with a hottie on each arm and a fortune in his bank account, all courtesy of a Wall Street deal. This dispels the idealistic message of the original film, making it a sell-out by the filmmaker, and puts paid to the trumpeting of the pundits, who have been telling us for years that money can’t buy us happiness. Just as well we didn’t believe them, isn’t it?

A Film by Oliver Stone