Aura (Lena Dunham) is a recent college grad (Lena Dunham) who’s depressed about being dumped by her boyfriend and by the realization that her degree in film appreciation is pretty much worthless. So, she reluctantly returns to New York City where she has to move back in with her mother (Laurie Simmons) and 17 year-old sister (Grace Dunham) to live in a trendy TriBeCa loft which doubles as the former’s photography studio.

At the suggestion of her British best friend, Charlotte (Jemima Kirke), she takes a dead-end job as a hostess at a local eatery, a decision which predictably proves unsatisfactory. Worse, she starts looking for love in all the wrong places, exhibiting bad judgment by having unprotected sex with a promiscuous colleague (David Call) in a back alley and by not only dating a homeless guy (Alex Karpovsky) but letting the hobo move into the house without asking permission.

Written and directed by and starring Lena Durham, Tiny Furniture is a sometimes humorous but more often sobering meditation on what life might be like for many young adults trying to survive in the big city in the 21st Century. Earlier this year, this delightfully-fresh indie flick won the Jury Prize for Best Narrative at the SXSW Film Festival in Austin, Texas.

Credit Ms. Dunham for taking a novel approach to casting, enlisting the services of her own mother and sister to play themselves plus a number of other non-professionals to make their acting debuts. The upshot is a scintillating slice of cinema verite that never feels very far removed from reality.

Dunham’s unorthodox ideas are not limited to the dramatis personae, but extend to the frank dialogue and graphic goings-on in this thoroughly unpredictable yet perfectly plausible romantic dramedy. And because the self-deprecating protagonist frequently presents herself in unflattering fashion, that vulnerability easily endears her with the audience, her considerable personal failings notwithstanding.

Sex and the City for the Millennial Generation!

To see a trailer for Tiny Furniture, visit: 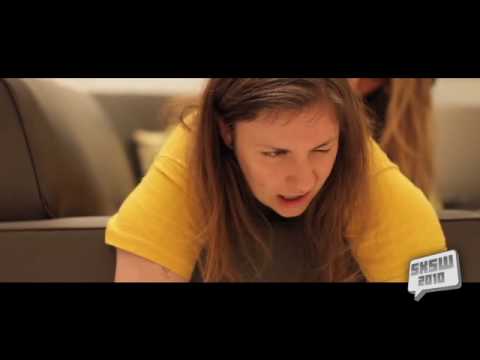