First a disclaimer, which always seems advisable in these small to big screen adaptations. Having little familiarity with the television show, I can safely say that I entered into the X-Files movie experience as a complete novice in these paranormal investigative matters. And I can also pretty much report that I left feeling that no, I do no want to believe. The hype, that is.

Just about smuggled into theaters under a sort of lock and key shroud of mystery way above and beyond the secretive suspense of the tight-lipped tale itself, the larger question is, not so much what’s in store, but rather what are they trying to hide? If you’re going to create such an enormous fuss in this magic trick type of Hollywood gimmickry, you ought to, well, have a rabbit in that hat. And this X-Files, though stocked with an array of seductive spooky enough set pieces, pretty much comes up empty handed. 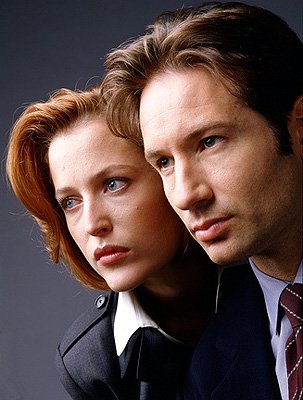 The second X-Files movie following The X-Files: Fight the Future a decade ago, though not a sequel, this new kitsch-en sink format questionably throws together every genre imaginable short of comedy, then fitfully darts around between each of these disjointed collection of narratives in a bid to please everybody, but may likely satisfy no one.

Doing her best to hold this free floating, talky and tacky house of horrors turkey together, under the direction of the television series creator Chris Carter, who co-wrote the screenplay with Frank Spotnitz, is Gillian Anderson’s called back to duty sixth sense sleuth Dana Scully, and she doesn’t disappoint. Though it’s not a great sign when cementing a movie’s shaky foundation rests on the shoulders of its star. David Duchovny as her somewhat dazed and confused reluctant partner Fox Mulder barely registers as a dramatic force here, though it’s clearly not his fault.

And if you want to know what does or doesn’t go down between Scully and Mulder as reported through that never-a-dull-moment whispering chatter of the Hollywood rumor mill, my lips have been pretty much ordered sealed. Which is rendering the function of a film critic harder all the time these days. Suffice it to say that seeing is not necessarily believing.