In a lurid case of having it both ways, or at least attempting to, Italian director Giuseppe Tornatore presents the tragedy of sex slavery today in The Unknown Woman, while lavishly eroticizing it on screen. The filmmaker who delighted audiences worldwide back in 1988 with a child’s love of movies in the classic Cinema Paradiso, moved on to peep show slut strut aesthetics like Malena, in an indication that Tornatore never grew up since then in a more theoretical sense, as he continues to propagate a kind of cinema sleazo. 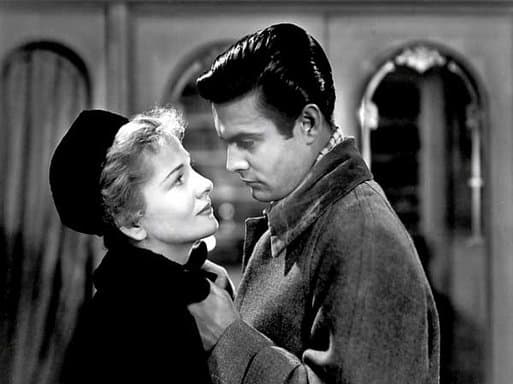 Moving abruptly to years later, the story picks up where Irina is now a modestly attired woman with kinky, dark hair, anxiously and mysteriously in the process of renting a dismal flat in order to spy on an apartment across the square. After a number of desperate and possibly sinister maneuvers including the attempted murder of their current housekeeper, Irina worms her way into the good graces of that targeted couple, as servant and nanny to their four year old adopted daughter, Thea (Clara Dossena).

It eventually comes to light that Irina believes their daughter may be her own, as one of a series of births to children while she was a sex slave, that were taken from Irina by her brutal pimp, Mold (Michele Favino). In case you may be slow to figure out this proposed connection, Turnatore has fitted both Irina and Thea with nearly identical kinky brunette wigs. And as Irina’s bond with Thea tightens, there’s a bizarre bit about training the neurotically passive little girl to be an empowered female by learning to viciously beat up other children taunting her at school.

While the bleak cinematography, eerie pacing and chilly Ennio Morricone score combine to imbue this psychological thriller with stylish Hitchcockian flourishes, Tornatore doesn’t seem to have a clue about female desires or dreams, whether sex slaves, servants or hysterical psychos, beyond their sexual apparatus. Unknown Woman, indeed.