This is a documentary about a group of French citizens who, decades earlier, were freed from German occupation by US soldiers. On every anniversary of D-Day, three generations of locals invite the veterans back to their Normandy province. They honor those who were lost and laud those who survived. It’s France and America with its best, at their best. 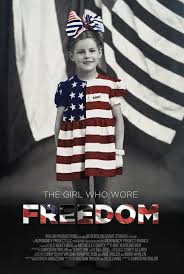 On June 6th, 1944, fighter planes swooped over Normandy villages. Thousands of parachutes filled the sky. Platoons of soldiers swarmed the beaches. Tanks roared, guns fired and explosions lit the dark night. The air was thick with the dust of battle. Locals waited at their windows, fearful of the repercussions an attempted invasion might bring. Years of German occupation had taken its toll. But as dawn broke, instead of a feared knock on the door, a US soldier came swaggering into sight. A cigarette dangled from his mouth; his helmet was set at a jaunty angle. His demeanor was casual but his finger never left the trigger. The Allied Forces had fought through the night. The battle was won and Normandy citizens were the first to be liberated. Vive la révolucion!

The poignant stories in this film keep rolling until the very end. Everyone has a tale to tell. Amongst them are the D-Day children who are still alive today. Some had been orphaned by the war, but the lost and the lonely had nothing to fear. They were all taken care of by their visitors. Any child that showed up in the mess hall was fed. Soldiers piled food onto their plates and showered them with treats. Against a decimated landscape, in the middle of a war zone, a sprawling blended family was born.

We listen with sorrow as a middle-aged woman explains how the families of both her mother and father had been wiped out in this ruinous time. They were amongst 23 family members who had perished in a single night of bombing. She speaks gently and uses the same matter of fact tone when she tells us about a veteran she met at one of the reunions. He was alone in the US and in need of medical attention that he couldn’t get. She took him to a local hospital, restored his health and decided the best place for him would be with her. He skipped his return flight home and is now cared for by a woman who was born 18 years after he stormed onto that Normandy beach.

The title of this emotive documentary is, of course, inspired by a tender tale. It involves a creative mother, some rescued silk and one of the cutest Mademoiselles in France. She’s now a stylish Madam and will be delighted to tell you how she got to wear that fabled dress, back in the summer of ’44.

Note from the filmmaker:
“Normandy itself is now a living war museum, with shrapnel on the beaches, bullet holes in its walls, and blood staining its church pews. Those that were there have vowed never to forget the lessons of World War II and to pass down the value of freedom to their children and their children’s children.”