NewsBlaze News
Home Entertainment Movie Reviews The Company You Keep: When Your Past Won’t Sleep

This is a brilliant concept with a compelling theme that could have created some great moments of conflict and intrigue. Unfortunately, however, the expected debates on idealism and consequence never materialize, and what could have been a compelling thriller, ends up as a befuddled drama.

Sharon Solarz (Susan Sarandon) was a member of the Weather Underground, a 60s anti-Vietnam faction. This radical group degenerated from peaceful protests to robbing banks and, on one of their raids, a Security Guard was shot and killed. That was thirty years ago, and since then, Sharon Solarz, Jim Grant (Robert Redford), and Mimi Lurie (Julie Christie) have been on the FBI’s most wanted list. The authorities have no idea where any of them are, until the day Sharon Solarz decides she can no longer live with her conscience, and contacts the FBI. Ben Shepard (Shia LaBeouf) is the local reporter who picks up the story. 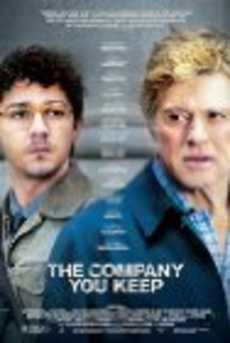 The first character we meet is Sharon Solarz, after which we are presented with so many people and get thrown so many names, it’s impossible to know what’s going on. All things seem to become clear at the midpoint, but then an ex-police chief makes an appearance and the plot is sent reeling back into total confusion. This new character’s presence is never explained, even at the end, and how he was/is embroiled in Jim Grant’s life will remain a mystery forever. Ben, the reporter, could have been the perfect conduit to bring clarity to the tale, by using his exchanges with his ogre boss to keep the audience informed.

There are a lot of under motivated actions and puzzling back stories that prevent storylines from merging into a believable whole. An example of this is when Ben comes to some incongruous conclusions about what Grant’s plans actually are, and believes he is trying to get Mimi to give herself up to serve his own purpose. Already in custody is Sharon Solarz, who has exactly the same information as Mimi, and could give the FBI the information Grant needs.

Obviously, a lot of characters in this Robert Redford project are in their seventies, which takes nothing from the film, and Julie Christie, at 71, looks quite amazing. However, the leather-skinned Redford, posing as the father of an 11-year-old girl, is a bit of a stretch. Maybe he should have taken some tips from Miss Christie, who would undoubtedly have advised him to go for a stretch of a different kind.