Countering the conventions of the sudsy disease of the week weepies lately, is disability going mainstream with a vengeance. There’s Go Shibata’s Late Bloomer, an exceedingly odd Japanese psycho thriller, in which a profoundly physically disabled, knife wielding serial killer runs over his random victims with his motorized wheelchair, in a kind of slit and run modus operandi, don’t ask.

And with adolescence as a turbulent enough period for a young person, Georgia must also figure out how to grow up and die at the same time. Up against this combination physical and emotional predicament, Georgia faces life on fast forward, and an acceleration of that notion called existence. Because for her, the concept of ‘the rest of your life’ is simply irrelevant. 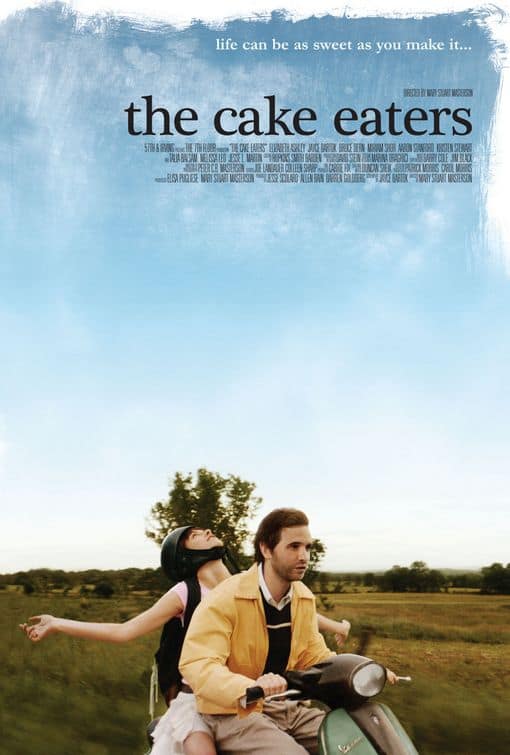 And before she dies, Georgia wants desperately to experience sexuality, with or without love. So she virtually corners the unlikely Beagle (Aaron Stanford), a shy twentysomething kitchen worker at her school, for her sexual initiation. He’s the son of the town butcher (Bruce Dern), who happens to be having a longstanding secret extra-marital affair with Georgia’s vivacious grandmother (Elizabeth Ashley). And since this is one of the typical rural American towns where there’s no such thing as a secret, eventually every escapade imaginable comes tumbling out of their respective closets.

Tragic and comic in equal measure and never relinquishing this story to the pathetic or maudlin, even if ultimately feeling somewhat like a half baked work in progress, The Cake Eaters celebrates these characters’ lives while frowning affectionately on their less commendable behavior. And though there’s nothing discernible about cake to this tale, except perhaps for the tendency of these impulsive human beings to go for the metaphorical dessert in life and skip any sustaining foundation, that randy butcher sure knows how to pile on the pork at mealtime. While in contrast, far too little seen and never heard from, is Melissa Leo in fleeting nonverbal glimpses of flashback cameos.