When Columbia Pictures first brought Spider-Man to the big screen in 2002, the Marvel Comics adaptation was such a box-office bonanza that it spawned a couple of equally-phenomenal sequels. Now, just a decade later, the studio has already seen fit to reboot the popular franchise.

Although that might strike some as too soon to attempt to replicate a winning formula, director Marc Webb (500 Days of Summer) proves himself to be more than up to that daunting challenge. For The Amazing Spider-Man easily eclipses the earlier trilogy via a relatively-sophisticated combination of shadowy cinematography, edgier dialogue, seamless special effects and palpable romantic chemistry.

The film stars Andrew Garfield as unassuming Peter Parker-turned-superhero Spider-Man, opposite Emma Stone as his love interest, Gwen Stacy. At the point of departure of this origins adventure, he’s still just a 98-pound weakling being bullied in school and secretly harboring a secret crush on a cute classmate (Stone). 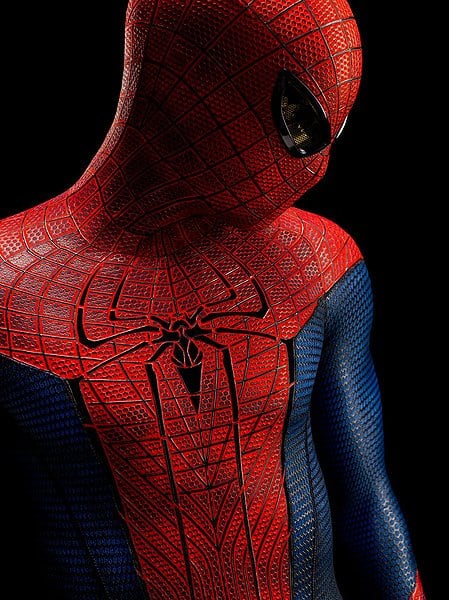 We learn that Peter has been raised by his Aunt May (Sally Field) and Uncle Ben (Martin Sheen) but remains consumed with solving the mysterious disappearance of his parents (Campbell Scott and Embeth Davidtz) years ago. So, he pays a visit to a former colleague of his father, Dr. Curt Connors (Rhys Ifans), a leading research scientist at Oscorp, a biotech currently attempting to develop a revolutionary limb regeneration serum.

Connors claims to be trying to create a world without weakness by splicing human genes with those of other species. But his interest isn’t entirely altruistic, since he also happens to be missing an arm himself.

While snooping around Oscorp labs, Peter is bitten by a mutated spider which leads to his developing incredible strength as well as the ability to climb walls and spin web like an arachnid. This evolution conveniently dovetails with his need for a new physique with which to impress Gwen and to settle the score with his tormentors back at Midtown Science High.

Moreover, his uncle’s subsequent slaying by a mugger inspires the grief-stricken lad to embark on a crime-fighting campaign as a masked vigilante. That doesn’t sit well with Gwen’s dad (Denis Leary), an NYPD Captain opposed to citizens taking the law into their own hands.

Nevertheless, the ante is only upped when an impatient Dr. Connors morphs into a formidable, lizard-like creature after injecting himself with an experimental elixir. Worse, the drug leaves the power-hungry madman hell-bent on hatching a plan for world domination which the cops are ill-equipped to derail, but a challenge tailor-made for your friendly neighborhood Spider-Man.