These children are the latest victims of the Khmer Rouge genocide that decimated their country three decades ago.

Their tales are desperately sad but these charming little ones have so much hope their stories are uplifting and they enchant us right to the very end.

There are over 12,000 children begging and working on the streets of Phnom Penh and, as we witness their day-to-day heartbreak through snapshots of their lives, a common theme reveals itself: these children are desperate to be educated, desperate to have a chance to escape the poverty that has besieged their lives. 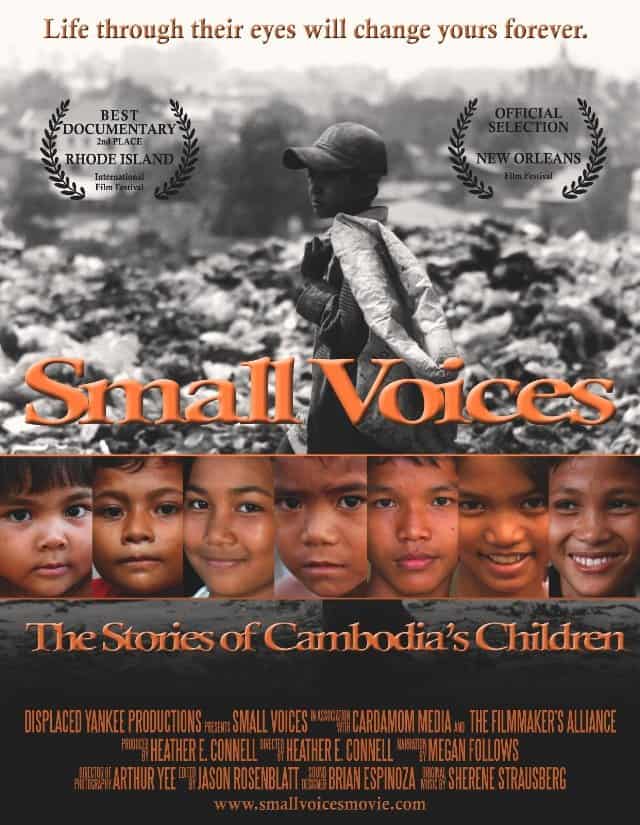 In 2003 the Cambodian Children’s Fund was launched and this has so far answered the prayers of 700 children who have been lucky enough to be given a place in their school.

Charam is a 12 year-old beggar who has supported his family his entire life so, when he is accepted as a CCF student, his mother is reluctant to let the breadwinner go. But Scott Neeson, an ex-Hollywood exec and Director of the school, has recognized Charam as exceptionally talented and goes the extra mile to bring him into the fold. Charam is overjoyed with this wondrous opportunity and justifies Scott’s faith when he tells us proudly that he learned his ABC in just three days.

Leakhena is a 13 year old girl who has been abandoned by her parents and brought up by her grandmother, who tells Leakhena that she is poor because she was a bad person in her previous life. In turn, Leakhena explains to us that the monks are kind so that they will be rich in their next life, and no one could argue with her reasoning, particularly as she is the top student in her class and her monologues are nothing less than poetic.

Food is donated to the monks by the wealthier Cambodians and the monks give the job of preparing their meals to the destitute; the destitute are then permitted to eat the food that the monks leave. There is a scene where hungry children crouch and watch the monks gorge on rice and meat and, when the monks leave, graciously take what is left. There was no room for these children in the school but they are still luckier than most and their place in the food chain is frighteningly high in a country whose government uses poverty as a store front to hide the corruption behind.

To find out more please visit www.cambodianchildrensfund.org. It’s possible to donate online and give specific instructions as to how you would like your gift to be spent.