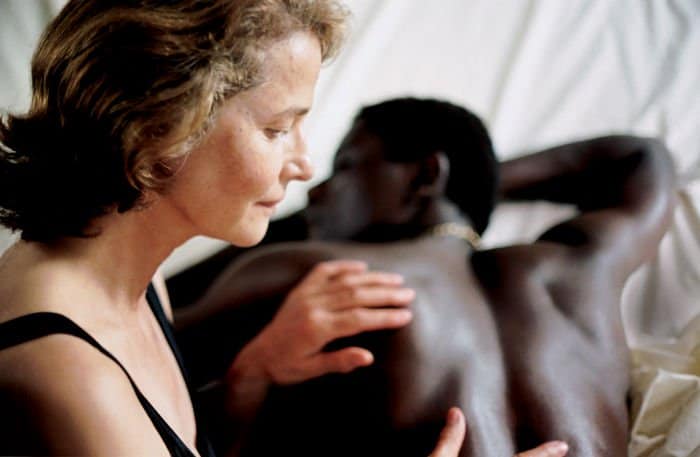 The only reason these formerly-frustrated females’ paths cross is because they happen to be staying at the same hotel in Haiti, a spinster’s sexual utopia where post-menopausal white women vacation in order to indulge their every carnal fantasy with young black men less than a third their age.

In fact, Brenda, who now describes herself as a “bitch in heat,” openly admits to having her first orgasm ever on the beach there with a 15 year-old boy-toy. Never pausing to question the ethics of exploiting black skin in this fashion, these hedonists approach the country’s impoverished inhabitants as if a commodity available on a quid pro quo basis. Invariably, the relationships sprouting up all around the spa are between wealthy white women offering money, maternalism and a temporary upper-class status, and handsome, eager-to-please natives.

This is the premise underpinning Heading South, a most thought-provoking drama set in the late Seventies against the backdrop of the instability of the regime of Baby Doc Duvalier. This fascinating flick manages to use physical desire as a metaphor, placing intimate relationships under an emotional magnifying glass to examine the prevailing political and social problems then plaguing Haiti. In addition, the picture represents a rare exploration of pleasure purely from an older woman’s point-of-view.

Meanwhile, as they remain oblivious of the civil unrest simmering just on the other side of their gated resort, it is only a matter of time before the fallout of colonialism finally comes to contaminate even their erotically-charged oasis. An island paradise morphs into a frightening nightmare, but not before Ellen, Brenda and Sue get their grooves back.

In French and English with subtitles.