Stallone in Sixties and Still Saving the Day

Sylvester Stallone may be in his sixties, but he hasn’t lost a step in terms of writing, directing or performing in balls-out, action movies. He proved that a year ago with Rocky VI, which was essentially a remake of his Academy Award-winning Best Picture of 1976. And now he proves it again in Rambo 4, a revival of the charismatic character he first introduced over a quarter century ago. John Rambo is a Vietnam War hero from Texas whose post-traumatic stress disorder was compounded by the fact that vets of his era weren’t welcomed back to America with open arms. 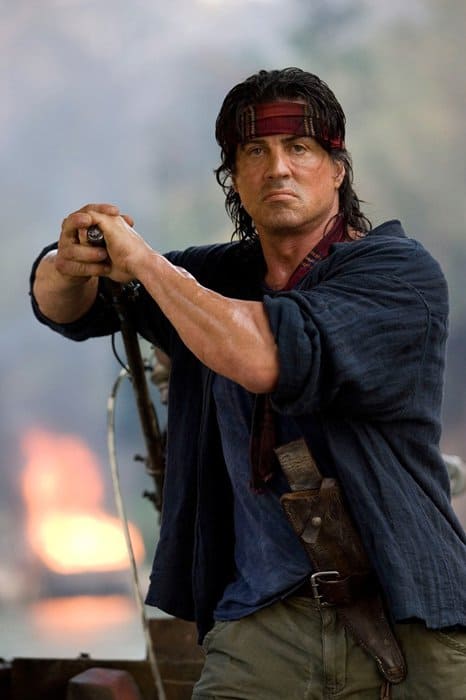 As the latest installment opens, we find him living alone along the Salween River in northern Thailand. He seems finally to have made peace with his tortured past, dividing his time between fishing on his longboat and catching poisonous snakes in the jungle. Thus, despite the fact that a decades-old civil war is raging just across the border in Burma, Rambo has no interest in venturing anywhere near the conflict.

Everything changes the day missionaries from the Christ Church of Colorado arrive, announcing their plan to bring Bibles and much needed medical supplies to the victims of the ongoing ethnic cleansing. Having heard that Rambo is the best river guide in the region, these naive volunteers ask him for a ride into Burma aboard his rickety longboat. After repeatedly telling them in no uncertain terms to “Go home!” and warning that “You’re not going to change anything,” he succumbs to the womanly wiles of Sarah Miller (Julie Benz) who wraps him around her little finger and gets him to ferry them into the war zone against his better judgment. 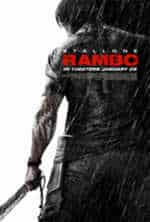 So, it’s no surprise a couple of weeks later, when a panicky Pastor Marks (Ken Howard) shows up saying that his parishioners have been taken hostage by the Burmese army and that the U.S. embassy has refused to get involved. Fueled by a fear that some harm might come to Sarah, Rambo reluctantly picks up a gun again and leads a rag-tag team of mercenaries on a bloody, death-defying rescue mission.

At this juncture, the movie morphs into the familiar, testosterone-fueled fare associated with the high body-count Rambo franchise, replete with hand-to-hand combat, automatic weapons, and visually-captivating pyrotechnics. Critical to appreciating this revenge-driven flick fully is the dehumanization of the Asian bad guys into disposable sadists and godless rapists lusting over the only hot blonde to be found for miles around.