I suppose since almost seven years have passed since 9/11, America might finally be ready to laugh at the tragedy. If so, submitted for your approval is Postal, a politically-incorrect social satire based on the farfetched notion that President Bush might have been in bed with Osama bin Laden, at least figuratively.

This suggestion has been the subject of widespread speculation on the internet among paranoid conspiracy theorists. So, they wouldn’t be surprised to see Bush and bin Laden holding hands and skipping off into the sunset as an ominous mushroom cloud forms on the horizon just as the curtain comes down on this relentlessly raunchy, expletive-laced adventure. 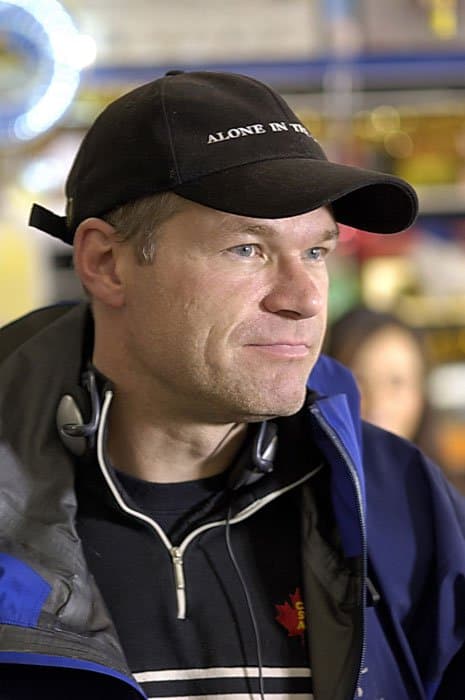 But I’m getting way ahead of myself. Postal was written and directed by Uwe Boll, who probably had no problem being irreverent about the 2001 terrorist attack since he’s from Germany. Take the hilarious opening scene which unfolds aboard a commercial airliner about to hit the World Trade Center. At the point of departure, we find two hijackers (Paulino Nunes and Merik Tadros) piloting the plane but having second thoughts about following through with the plan.

Doubting the veracity of the assurances that they will each be rewarded with 99 virgins in heaven for committing the heinous deed, they decide to land in the Bahamas instead. However, this change of heart comes too late to inform the passengers who are rushing the cockpit at that moment and cause the jet to hit one of the towers. Director Boll’s sick sense of humor even shows a close-up on the frightened face of a window washer right before impact as he dangles from the buildings roof. Ha-ha. 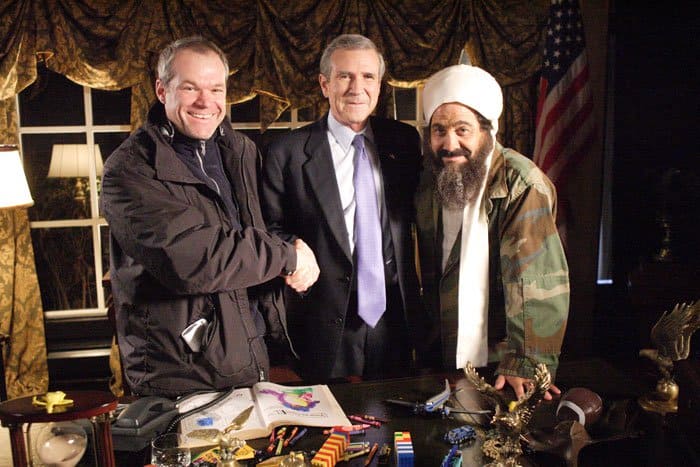 Those characters and about 3,000 innocent souls incinerated, the film fast-forwards to the present to the tiny town of Paradise where we’re introduced to our hero, an unnamed loser (Zack Ward) who’s on the brink of losing both his self-respect and self-control. He’s unemployed with no prospect of a job and stuck living in a trailer park with a wife (Jodie Stewart) that’s openly cheating on him. Is there any wonder that he’s about to go postal?

In desperation, he approaches his Uncle Dave (Dave Foley), the guru of a local, libidinous free love cult called DOOM (Denomination of Organic Monotheism). Dave takes him in on the condition that he help burglarize an amusement park. What neither of them knows is that Osama bin Laden (Larry Thomas) and the Taliban are also in the area and about to unleash some major mayhem. 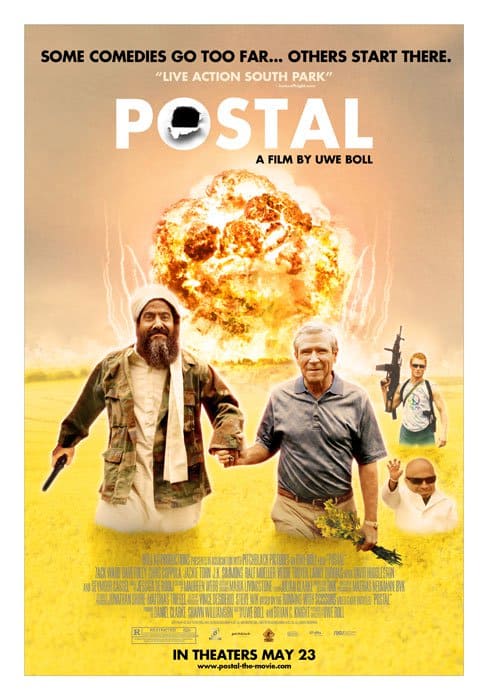 What ensues is likely to amuse you, if and only if, you’re inclined to contemplate the lighter side of the radical Islam and the War on Terror. Brace yourself for the Taliban TV Network, trigger-happy cops killing innocent civilians, Bush conspiring with Muslim extremists to sabotage a pipeline to increase the price of oil, and the sight of a female suicide bomber blowing herself to smithereens at a convenience store.