When Tovah Klein emigrated from Israel to the United States, she met and fell in love with Midwesterner Travis Cloud. The smitten lesbians subsequently settled in a trendy section of Brooklyn together where they would raise their three adopted children as Jews, sending them to Hebrew school.

What might strike some as strange about this arrangement is that none of the kids had a Jewish background. Rafi, of mixed-ethnicity, was born drug-addicted and with an STD, while his slightly younger sister Avery’s parents were African-Americans from Texas, and little Zay-Zay was a cuddly, Korean orphan.

As visually-diverse as the models in a United Colors of Benetton ad, this blended family is the subject of Off and Running, a daring documentary marking the directorial debut of Nicole Opper. It doesn’t take long for the viewer to get past their striking superficial differences and to appreciate the fact that the Klein-Clouds are nonetheless a very close, considerate and loving clan.

Then, just when you’re starting to think of the household as being as picture-perfect as Leave It to Beaver, the camera starts to reveal some rather emotionally gut-wrenching goings-on. For although Avery is a high school track star with a promising future, she has trouble keeping her nose to the proverbial grindstone, between being boy crazy and curious about the possibility of meeting her birth mother.

After all, she’s begun to struggle with her identity, since most people see her as black, not white and Jewish, even though she’s never been exposed to African-American culture. The dilemma leads to an existential crisis, which puts a severe strain on the whole family. 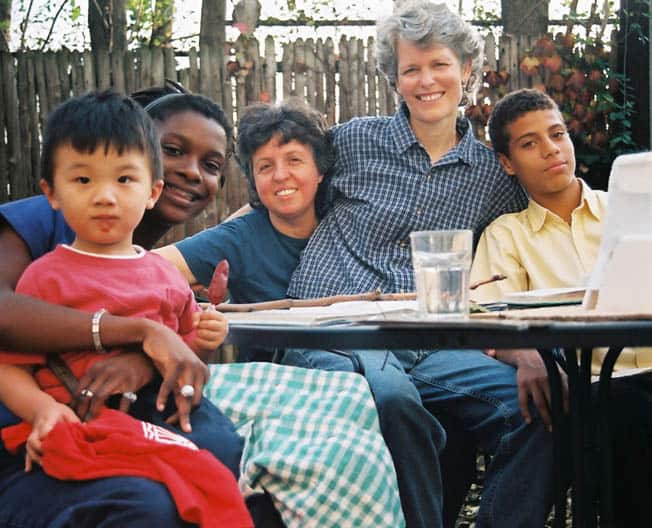 Rafi, by contrast, seems to have made peace with his lot in life, and is focused more on his future than in piecing together any mysteries about his past. The 6 foot tall, green-eyed senior is applying to college and hopes to study molecular biology and play guitar at Princeton. Zay-Zay is spared much in the way of microscopic emotional inspection, serving more as a frustrated observer of his big sister’s self-destructive antics.

Ultimately uplifting, this endearing bio-pic offers a wonderful warts-and-all look from the inside out at both the blessings and challenges of trans-cultural adoption.