Not exactly a film forecast of seven years of bad luck but most definitely a bad investment of at least seven bucks for a ticket at the box office – or whatever price gouging is currently in effect at your local theater these days – Mirrors has less to do with keeping you awake at night than struggling to stay awake during viewing. Mirrors is an endlessly dreary, disappointing remake of Korean director Sung-ho Kim’s two-way mirror sort of horror spree, Into the Mirror – and an even more disappointing turn for French terror maven Alexandre Aja (The Hills Have Eyes, High Tension). 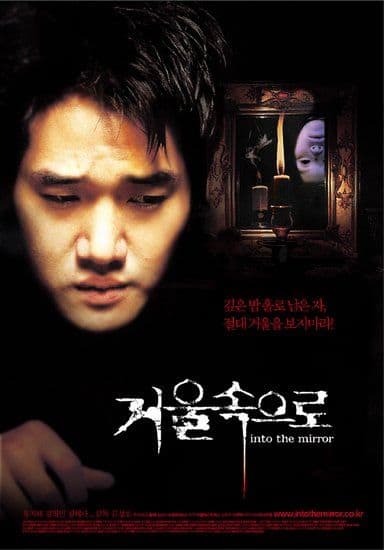 Kiefer Sutherland stars in Mirrors as Carson, a stressed out ex-cop and family man who signs on as a night shift security guard at a gutted department store that was the scene of a catastrophic deadly fire years ago. But far more dangerous than possible intruders invading the premises, are in-house supernatural troublemakers associated with all the creepy mirrors around the store. And we’re not just talking the downside of those fitting rooms with suspicious looking-glass covert surveillance contraptions, where shopaholics tend to uneasily congregate to shed clothes.

There are lots of frightening ghostly creatures to reflect on in more ways than one in the movie, but too bad that little of it makes sense. Though a suspect nun with, well, evil habits keeps Kiefer on his toes for a bit. And Amy Smart as Carson’s sister provides a brief distraction for incorrigible voyeurs on the lurid side in the audience, when she sheds her clothes in the john and makes an ill-advised decision to bathe despite all the lurking psychos under glass. Though she’s no Janet Leigh.