From Ed Asner in his film “Super Sex” to ‘Hummus … The Movie!’ This Festival has a treat for everyone.

The festival will screen 22 films from around the world, many from Israel, today one of the most sought after provider of film content.

Highlights include many special filmmaker Q&A programs that bring celebrities and top filmmakers to the festival. Norman Lloyd, now 102 years young, has been a part of Hollywood history and worked with Charlie Chaplin. Norman Lloyd will attend a very special, theatrical screening of the Charlie Chaplin classic ‘The Great Dictator.’

The ‘Wedding Plan’, from award winning female director Rama Burshtein has a Los Angeles Premiere at LAJFF before its theatrical release in May. This romantic comedy/drama from Israel is in Hebrew with English subtitles is sure to sell out.

The closing night film is a loving look at the landmark Wilshire Temple in ‘Restoring Tomorrow’ with Director Aaron Wolf and Rabi Steve Leder at the Q&A. This film shows a treasured local temple, built by Hollywood moguls, near demise was saved by a community determined to achieve the impossible.

To get more information and screening schedule and ticket links, please visit the website http://www.lajfilmfest.org 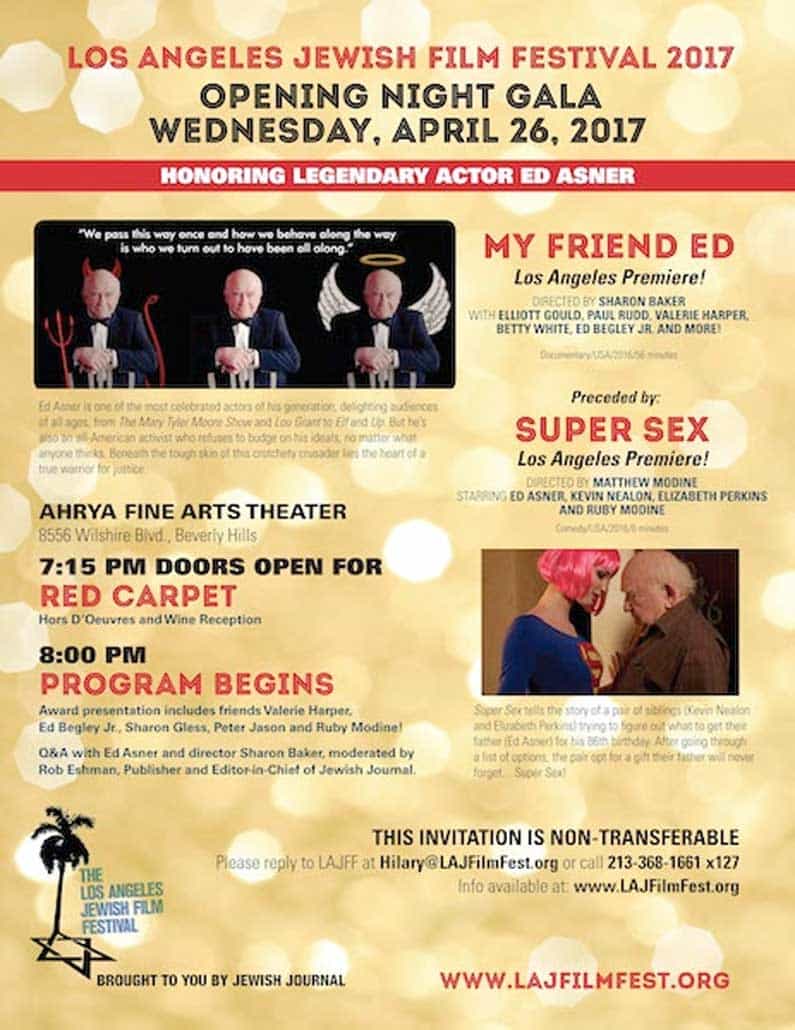