While most movies about men and the challenges they deal with in life, have to do with really big stuff like beating up alien invaders or saving the planet, all that women usually get to face is fretting about those men just not paying some romantic attention to them. And He’s Just Not That Into You is hardly an exception, continuing that dreary old school Hollywood habit when it comes to female urges, of putting on the back burner any notions of women making a difference in the world.

Based on the co-gender authored bestseller of the same name by Greg Behrendt and Liz Tuccillo, who also penned Sex And The City together, He’s Just Not That Into You boasts a star-studded cast that paradoxically lifts the mediocre material above its mostly ho-hum origins, while calling into suspension-of-disbelief question how or why these glamorous celebs could be such unrequited rejects, even fictionally speaking. In any case, why does the world have to be such a small space for women in movies, that rarely extends beyond their sex lives. 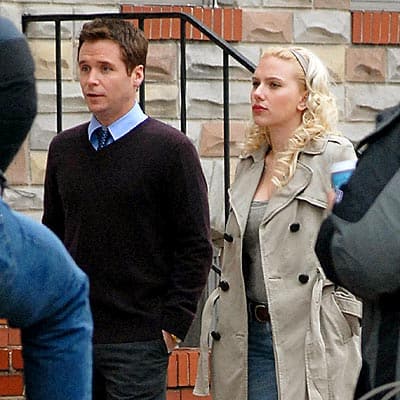 Among the rather crowded cast of whining, generally miserable young Baltimore women in HJNIY, are Jennifer Aniston as the frustrated girlfriend of a longtime live-in lover (Ben Affleck), who’s mulling tossing him out because he’s not into marriage; Jennifer Connelly as her co-worker whose husband (Kevin Connolly) can’t seem to resist the urge to cheat on her with a gorgeous stranger (Scarlett Johansson) he encountered in the supermarket; Drew Barrymore as a ditzy and desperate single searching for love online, while bemoaning the old days when one didn’t have to navigate a host of digital gadgets to find romance, and could simply mate on the telephone; and finally the clueless, giggly designated comic relief (Ginnifer Goodwin), a habitual reject looking all over town for Mister Goodbar.

The funniest revelation in this generally unenlightening how-to happy ending training manual for aspiring female objects of desire, may be Drew’s character discovering that the new digital communication technologies might not be in her favor because ‘my voice doesn’t match my face.’ But while at least three of these women share the same workplace, we never learn much about why they care about being there, or what they actually do, so preoccupied is this story with woman-as-her-own worst-enemy, self-incriminating personal pastimes. And more in line with maudlin teen screen romance.