This big budget film plays like a B movie that is sometimes so farcical it feels like a spoof. It’s overloaded with kung fu kick-outs, has a plot that doesn’t add up and the entire experience is as uninspired as its title.

Hanna (Saoirse Ronan) is 16 years old and has been raised in the wilds of Finland by her widowed father, Erik (Eric Bana), an ex-CIA man. Erik has taught his daughter to be a survivor, putting her through extreme self-defense work outs so that she will one day become the perfect assassin. With her training complete, Erik explains that the electronic device in their wooden hut, if activated, will transmit their whereabouts to someone (later identified as Marissa, played by Cate Blanchett) who wants to kill her. When Hanna decides she is ready to press the red button, Erik leaves and Hanna is left to kill or be killed. 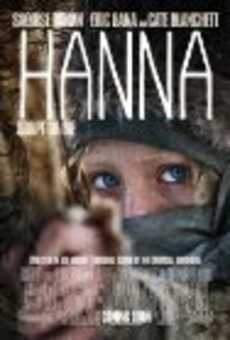 This film sets up mystery after mystery, but when the audience knows less than the people on-screen, it gets boring after a while. But even when the mysteries finally unfold, ambiguities are replaced with a catalogue of plot holes that baffle as much as the mysteries themselves e.g. right at the beginning, Erik tells Hanna about Marissa, but when the final reveal comes, Erik explains exactly WHY Marissa wanted to kill her. Wouldn’t Hanna have asked this right at the get go? Why does Hanna send a signal to let Marissa know where she is and then wait for her goons to show up? Don’t assassins like to surprise their victims? Instead of working as a team, why does Erik leave Hanna alone? The whys in this story are endless.

The subtle inclusion of fairy tales in film can weave rich, mythical tones, but it doesn’t work if a gingerbread house suddenly appears, particularly if the tenant is hung upside down and tortured with a very sharp knife; some fairy tale that turns out to be. Fortunately, the death of this victim is no great loss as we only meet him for a few minutes, which happens a lot, and it seems that some characters are introduced just so they can be tortured and killed. In one particular scene someone’s grandma gets unceremoniously dispatched, and the relevance of this has still got me completely baffled.

The villain, Cate Blanchett, wears smart suits and stilettos, and likes shooting people, which is as in-depth as her character gets. She also has a Texan drawl that comes and goes, but when it’s there, it’s really there and a particularly memorable line is ‘Whah nar, Arrick?’ (Why now, Eric?). As the last shot of the film rang out, and the curtain fell, I think I heard someone in the audience mutter ‘Whah at all, Cate?