Clay Adams (Sam Huntington) is a freshman from Oshkosh, Wisconsin who has just matriculated at a large state university. The hot-to-trot 18 year-old arrived on campus naively expecting to party, drink beer and pick up girls. But he soon finds that coeds won’t give him the time of day, since they sense that he’s on the make and only interested in fulfilling his sexual fantasies.

This proves especially frustrating when it comes to Amanda (Kaitlin Doubleday), the sorority girl Clay soon sets his sight on. So, he comes up with a novel way of worming his way into her heart, namely, by making believe he’s gay. The idea is that girls have no qualms about hanging around homosexuals, because they won’t be pressuring them romantically. 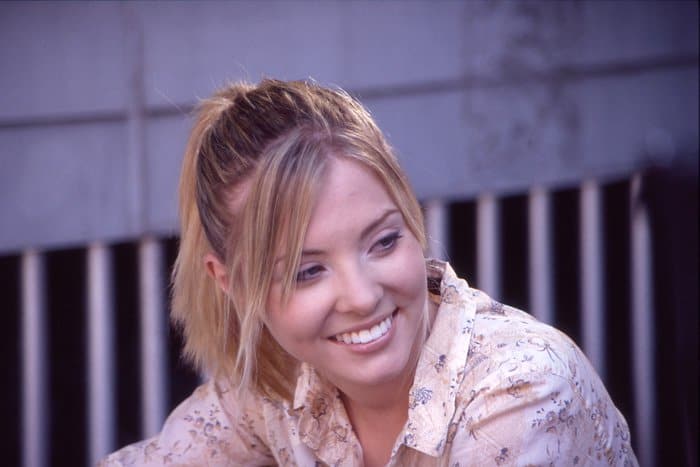 Therefore, Clay comes out of the closet and joins the school’s gay support group, thereby gaining Amanda’s confidence. He even starts frequenting the local gay bar downtown, where he takes lessons on looking the part from Rodney (John Goodman), a genderbending bartender.

The problem is that he does such a great job posing that Amanda can only see him as a friend. To add insult to injury, he finds himself having to fend off unwanted passes, and he even turns into something of a campus cause celebre after claiming to be the victim of a gay bashing by frat boys.

So unfolds the subtly-titled Freshman Orientation, a teensploit turning on a clever twist of the genre’s trademark theme. For while most makeover movies feature a female making herself more attractive, this flick has a male deliberately doing the opposite.

Despite an engaging premise, the promising picture turns out to be surprisingly tame for all its iconoclastic pretensions.

To see a trailer of Freshman Orientation,