The badly-battered body of Dr. Chen Wen-Chen was found on the streets of Taipei on July 3, 1981, the day after he had been summoned to police headquarters for questioning about his alleged anti-government activities back in the United States. The pro-democracy professor had been spending his summer vacation in Taiwan with his family after a semester spent teaching Statistics at Carnegie-Mellon University where he had been a very vocal critic on campus of the totalitarian military regime in control of his homeland since 1948. When the local authorities’ five-month investigation failed to find a credible explanation for Dr. Chen’s death, the United States launched an independent inquiry which eventually came to the conclusion that he had been the victim of a politically-motivated hit.

Directed by Adam Kane, Formosa Betrayed is loosely based on this scandal and on numerous other suspicious slayings of Taiwanese free speech advocates in the Seventies and Eighties. The film was also ostensibly partially-inspired by George Kerr’s 500+ page opus of the same name recounting the history of the idyllic oasis discovered in 1544 by Portuguese explorers who dubbed it “Ilha Formosa,” meaning “beautiful island.” 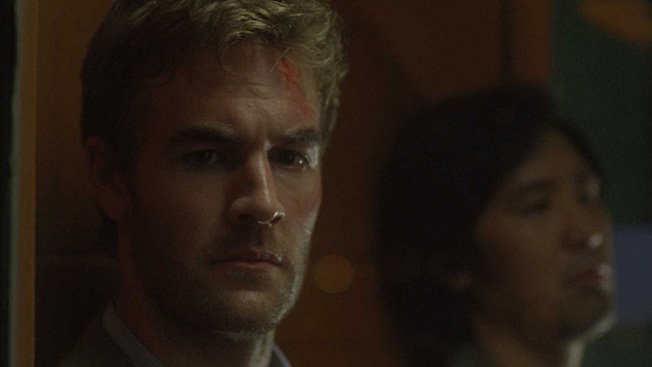 The picture stars James Van Der Beek (of Dawson’s Creek fame) as Jake Kelly, a raw, recent FBI recruit assigned to solve the slaying on U.S. soil of Henry Wen (Joseph Foronda), a professor who at the time of his death had been working on a book disapproving of the Kuomintang, the ruling party then running his beloved Taiwan with an iron fist. Patriotic, young Kelly follows the trail from Chicago to Taipei where he naively anticipates enjoying the full cooperation of the American State Department official (Wendy Crewson) and a local government bureaucrat (Tzi Ma) already working the case.

However, appearances can be deceiving, especially to someone so unfamiliar with the delicate Kabuki dance being orchestrated to keep diplomatic relations among the Unites States, Taiwan and the People Republic of China in balance. Soon, Agent Kelly finds himself chasing a red herring, the state-sponsored suggestion that the Mafia might have been behind the murder.

Only with the help of Ming (writer/co-star Will Tiao), an activist in search of the truth, is Jake able to uncover frightening evidence implicating Taiwanese spies in the assassination. This discovery demoralizes Kelly who suddenly has to wonder whether his superiors really want the whodunit solved.

Overall, Formosa Betrayed is a most-informative political potboiler likely to enthrall any history buff with an interest in the events leading up to Taiwan’s adoption of democracy in 1986. Unfortunately, the film does feature one distracting, if forgivable flaw, namely, the fact it was shot not on location but in Bangkok, which might annoy anyone familiar with the actual environs where the story is set.

Otherwise, consider this flashback flick a riveting thriller offering an array of history lessons and teachable moments about freedom as it unravels an intricate web of intrigue worthy of the best of the espionage genre.

To see a trailer for Formosa Betrayed, visit:

To read a Time Magazine account of the case, visit: