It’s impossible not to notice regarding this year’s 50th anniversary New York Film Festival 2012, that no less than two coincidences are readily apparent. The first and far less surprising, is the book-ending of the Festival with two Hollywood movies – 20th Century Fox’s Opening Night feature, Life Of Pi. And the Closing Night selection from Paramount Studios, Flight.

But a more curious circumstance, is that the Festival would seem to be aiming for an entrance and exit more in the nature of a bang rather than a whimper, with both movies involving catastrophic accidents. In the case of Life Of Pi, a shipwreck at sea, and with Flight a plane crash. And by extension, a traumatic experience exploding as well, so to speak, the existential universe of each protagonist respectively.

With my critique of Life Of Pi posted previously, the focus here is on Flight. Directed by Robert Zemeckis, Flight is a combo disaster movie and moral drama delving into the ensuing fate of Captain Whip Whitaker (Denzel Washington), following the crash of a passenger jet he was piloting. Navigating the plane to a relatively secure crash landing because it resulted in few fatalities, Whitaker is hailed as a hero who saved lives.

But when a blood test during his hospitalization for minor injuries reveals alcohol and cocaine in the functioning addict’s system, a major shift results in possible charges of manslaughter for those who did perish. Even though a malfunctioning plane compounded by bad weather had been ascertained.

At the same time, the brash and chronically boozed up Whip is hard pressed to find anyone to help in his defense. Beyond the airline company attempting to dodge passenger litigation by any means, and the pilots union intent on clearing him of charges no matter what, with the help of a scheming hired gun (Don Cheadle).

Which is unfortunately the second Hollywood movie within weeks following Won’t Back Down, portraying unions as lacking moral fiber and standing up for members over any principles. Which is more than a bit strange, considering the scorn perpetually heaped upon Hollywood by the right wing for being too liberal. Though financial disputes with their own film unions and the tendency to migrate to nonunion states to make their movies instead, may be at work in that regard here.

But getting back to the issues of culpability that linger within a narrative that too readily ties up multiple loose ends, and without giving too much away, Whip’s ultimate moral choices address his personal problems, though seemingly giving the plane manufacturer at fault a pass.

Along with an admonishing Christian fundamentalist co-pilot Evans (Brian Geraghty) who nearly condemns Whip to eternal damnation after the fact for always having been at the controls of the plane chronically drunk (while also seeming to have somewhat of a hand in helping rehabilitate the miscreant by pressuring Whip into praying with him).

Silence Was A Missed Opportunity

Though the reality that Evans and the other sympathetically depicted crew were aware that Whip was always at the helm of those planes under the influence which put passengers in grave danger, and said nothing but faced no consequences themselves, stands out as quite a narrative omission.

Questionable plot details aside, the crash sequences in Flight are nothing less than visually and viscerally electrifying. Along with Denzel’s complex portrayal of a man caught up in a complicated moral quandary, that is simultaneously dramatically explosive and nuanced.

Flight is the Closing Night Feature this year for both the NY Film Festival and the Philadelphia Film Festival. More information about those film festivals is online respectively at:

To see the trailer of Flight: 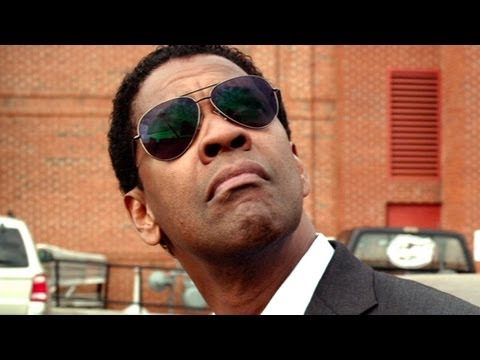