Well, there are actually quite a few more moments of infidelity than merely five, whether in thought or deed, in this bittersweet chain of intertwined stories touching on every aspect imaginable of that particular conflicted human condition. And this increasingly employed narrative on screen where numerous unrelated characters eventually seem to all have some connection to one another, proposes coincidental chance encounters far more likely in a movie than real life. But in the case of Kate Gorman’s Five Moments Of Infidelity, there’s a subtle natural rhythm and casual spontaneity to it all that takes the contrived edge off this type of premeditated scenario.

In Five Moments Of Infidelity, an assortment of Australian urban middle class characters, straight and gay, experience a gamut of stressful relationship emotions, ranging from incompatibility, sexual frustration, compulsive promiscuity, low marriage sex drive, destructive teen libido, workplace sexual harassment, and parental depression. There’s a whole lot of mating and un-mating, and bickering and reconciliation going on, but Gorman sustains a fairly masterful control over the elaborate dramatic proceedings that could easily get out of hand, just from the sheer number of characters and multiple crossover situations. 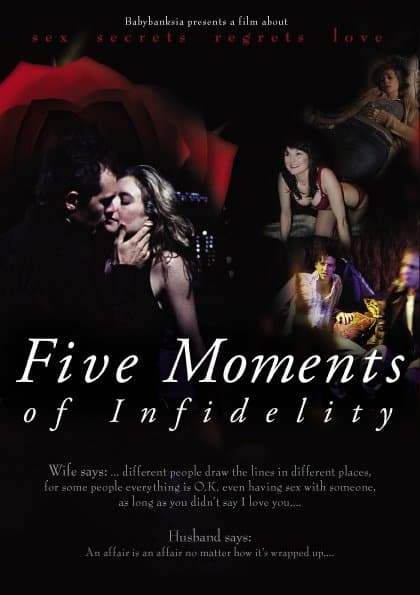 And while the music tends to be much too intrusive, Five Moments Of Infidelity maintains a gentle compassion for most of its characters, however flawed, as Gorman’s female perspective on matters of the heart gives a rare equal emotional weight to female and not just male delusions and desires. Though the single abrasive American character in the film, seems to take quite a hit for rather unpleasant homegrown cultural habits, which I’m not about to necessarily disagree with.