Dad Shares Checkered Past with Daughter in “Who’s Your Mama?” Melodrama

The midst of a divorce probably isn’t the best time for a father to share the intimate details of his messy love life with a pre-pubescent daughter. In fact, there might never be an appropriate moment for such a confession of one’s checkered past. But that doesn’t prevent Will Hayes (Ryan Reynolds) from spilling the beans to 11 year-old Maya (Abigail Breslin) in Definitely, Maybe right after the little girl’s curiosity has been whetted by her first sex education class.

When he picks her up from school that day, she greets him with “We need to talk,” demanding, “Tell me the story of how you and my mother met.” However, rather than restrict his ensuing narrative to his soon-to-be ex, divulging daddy decides to reminisce about all three of his great romances, only changing their names to keep Maya intrigued and trying to guess which one was with her mom. 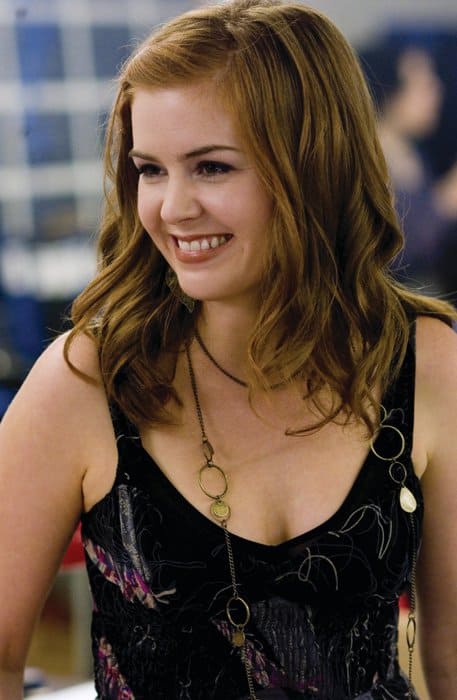 This flashback flick shifts back to Madison, Wisconsin in 1992 which is where we find Will already involved with one of the trio, Emily Jones (Elizabeth Banks), his college sweetheart. He soon leaves the blonde in the care of his best friend Charlie (Daniel Eric Gold) in order to movie to New York City for a few months to work on Bill Clinton’s presidential campaign.

Emily asks Will to deliver a diary to her best friend, Summer Hartley (Rachel Weisz), a brunette beauty living on University Place in Greenwich Village with Hampton Roth (Kevin Kline) a very open-minded professor. Before returning the journal, he peeks inside and learns that the girls once had a steamy lesbian liaison. Then, to complicate matters, Summer pounces on him they day they meet, explaining that it’s all with Hampton’s approval.

Does any of this sound appropriate for an adolescent’s ears? Wait it gets better. At Clinton campaign headquarters, Will develops a crush on co-worker April Hoffman (Isla Fisher), a ravishing redhead who is apolitical and could care less about the candidate. Trouble is, she’s already in a relationship. 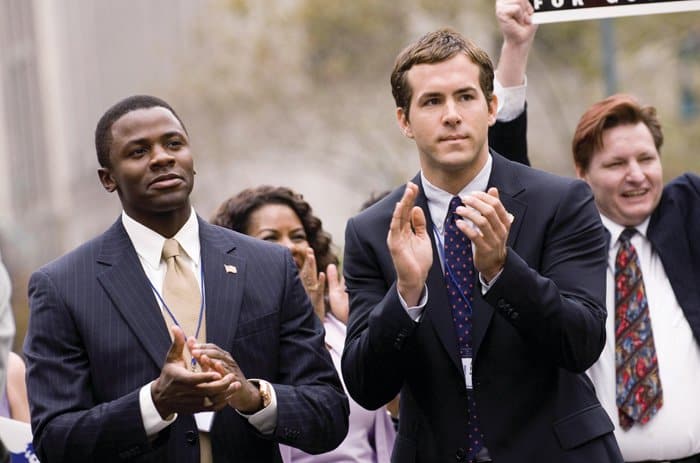 So, Will takes to confiding in his roommate, Russell McCormack (Derek Luke), a black guy worried that his dating a white woman (Liane Balaban) might deleteriously effect his presidential aspirations. Luckily, Russell is a brother who can be counted on to cover for a buddy if his girlfriend should show up unexpectedly.

Needless to say, there’s quite a bit of kinky coupling and uncoupling over the course of Definitely, Maybe, a “Who’s Your Mama?” melodrama written and directed by Adam Brooks. Brooks is previously best known for having adapted best sellers Practical Magic and Beloved to the big screen with scripts which were strikingly similar to each other in certain salient respects. This was embarrassing because the movies ended up being released in theaters on the same weekend in the fall of 1998, one almost the blackface version of the other. 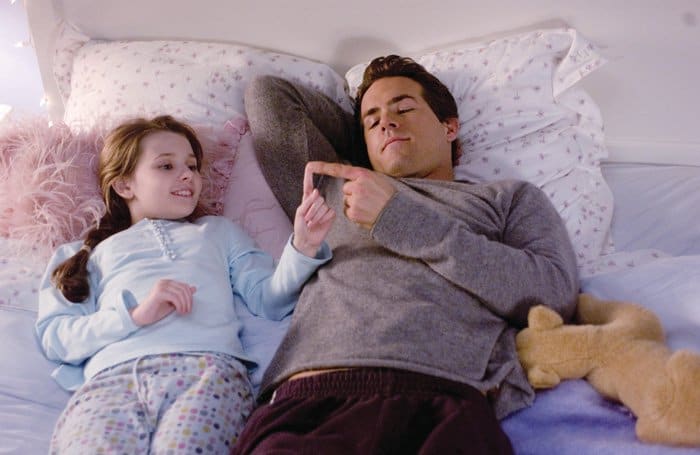 The only thing embarrassing this go-round is that the tawdry tale is being recounted for the benefit of a suddenly-spousified 11 year-old who understandably interrupts her father to complain, periodically, saying things like, “I can’t believe you smoked and drank and were such a slut.” Provided you can ignore the inappropriateness of that underlying aspect of the narrative, you’re apt to enjoy the unpredictable hijinks along the path to this implausible romp’s carefully-concealed resolution.

Who’s Maya’s mommy? Who cares, when her daddy’s a playboy dating up a storm.