Duplicitous Life on the Down-Low Theme of Murder Mystery

Valerie Maas’ (Aunjanue Ellis) world comes apart at the seams the day she catches her husband, Dutch(Raz Adoti), in the shower naked with another man. She doesn’t buy his “It’s not what it looks like defense,” and realizes she’s been living a lie for years, with a man who didn’t even use protection while on the so-called down-low.

But before she can figure out how to break the news that daddy is bisexual to their young daughter, Nicole (Tomorrow Baldwin Montgomery), Valerie finds herself behind bars and facing a murder rap. Fortunately, this churchgoing Christian has a strong enough faith to help her bear the burden of being wrongfully accused. 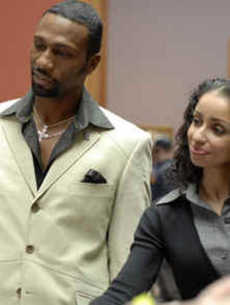 On the way to clearing her name, we’re treated to such silliness in Philly that one has to wonder exactly what’s going on here. For Cover, directed by veteran director Bill Duke, is an unintentionally funny, flashback flick which is practically impossible to take seriously at face value.

For example, one character calls homosexuality a “white disease.” Another, who has AIDS, boasts about secretly “sharing the gift,” meaning having unprotected sex with people who don’t know he’s HIV+, illogically explaining that he’d rather be a monster than honest.

As confusing as it is improbable, this mess of a movie wastes a talented cast which includes Vivica A. Fox, Lou Gossett, Jr., Leon, Patti LaBelle, Paula Jai Parker, Clifton Davis, Roger Guenveur Smith and Mya. However, the goings-on bear such little resemblance to reality, that I was often unsure what genre of movie I was even watching. 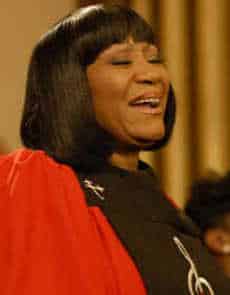 A blaxploit? A sci-fi adventure? An out of the closet drama? A whodunit? A genderbending romance? A slapstick sitcom? Likely, a little of all of the above. The only thing of consequence I learned was to be wary of any guy who comes up to me and offers to blow a piece of dust out of my eye. Apparently those are code words used by black gays to proposition strangers, wink-wink.

A disaster which attempts to address a pressing social issue, but only fails miserably in the process.