Just when the youth vote has been deemed a significant factor in this year’s presidential election, along comes a companion piece feature film to express some of that sector’s very own opinions and sentiments in dramatic form. Choose Connor, directed by twenty-two year old actor turned filmmaker Luke Eberl, takes off with an uncommon political investigative candor. But in a likely coincidental ironic twist of its own, the story shares with typical candidates for higher office, expectations that ultimately morph into dashed hopes and mass disappointments.

Alex D. Linz is Owen in Choosing Connor, a brainy, optimistic and politically astute suburban teen loner who’d rather have his head in a book than hang out with his peers. An appalling experience he describes to his concerned parents, as akin to listening to teen small talk that ‘feels like I’m being stabbed in the head with an icepick.’ 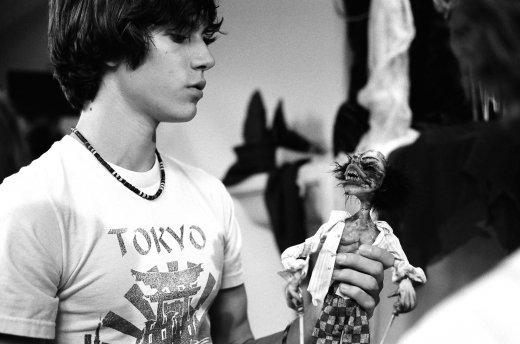 So it’s a no-brainer that the sensitive and seriously minded lad is instead drawn to local congressman Lawrence Connor (Steven Weber), an obsessively ambitious politician seeking election to the Senate in the upcoming primaries. When Owen meets Connor at a school function and challenges him about a suspect environmental bill he’s promoting that may have more benefits for logging than ecological interests, the impressed congressman hires him as his campaign’s Youth Spokesperson.

Owen, to his dismay, soon finds himself in television ads and on billboards all over town, as an advocate of Connor’s campaign issues about which he has multiple reservations. To compound matters, Connor’s behavior with the boy is becoming increasingly inappropriate, including plying the underage kid with liquor, along with escalating creepy psychological intimacy. There’s also Connor’s favorite nephew Caleb (Escher Holloway), a sulking adopted teen who seems to be lurking about all the time, and who cultivates Owen as a best friend while turning him on to controlled substances.

Choose Connor takes viewers in all sorts of challenging and intelligent directions that touch on political expediency versus pressing topics surrounding corruption and waging war – though weirdly enough, in a nonexistent country. But an abrupt detour midway through the narrative into improbable sex scandals, is an irritating distraction more expected of tabloid sensationalism than serious filmmaking. Which begs the question, how can a movie like Choose Connor demand integrity of politicians, when it similarly ends up lacking the courage of its own convictions.