Catfish is a documentary about someone who misrepresents them self on Facebook and, after many megabytes of paraphernalia, comes face to face with the recipient of her electronic deceit. This is a phenomenal idea, based on one of the phenomenas of the last decade, so to turn it into a disaster would be a pretty hard task, but the filmmakers of Catfish manage to do just that, and they do it with aplomb.

Nev, a New York photographer, is contacted on Facebook by Abby, an eight year old girl from Michigan, who asks if she can paint one of the photographs he has in his Facebook album. Nev agrees and this is the catalyst for a stream of communications with Abby, Abby’s mother, Angela, and older sister, Megan.

There are many facts at the very beginning of this Facebook saga that would alert anyone with a modicum of intelligence that something is amiss. First of all, an eight year old sending messages on Facebook is a little bizarre, to say the least, and secondly, this youngster uses vocabulary such as ‘my artistic integrity’. I’m assuming the recipient has no idea what this means, presumes it’s children’s gobbledygook, and thus sends his reply. 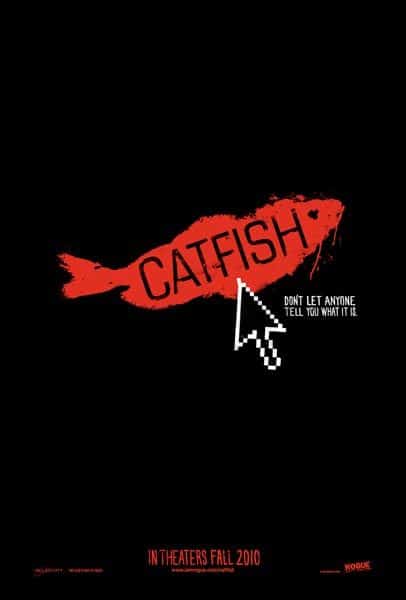 The endless close-ups of Nev’s mouse clicking on Facebook and of Nev himself are beyond tedious to watch, but the moment when Nev arrives, unannounced, at the Wasselmach home, is the biggest let-down of all. Instead of this being the moment of truth, the facts unravel in the most undramatic way imaginable, followed by a lot of pointless scenes, one of which has Angela sketching Nev. In this scene they chat about all the whoppers Angela has told, with no reason for her psychopathic behavior being proffered, no question of accountability raised and the entire experience is as flat as flat can be.

However, I’m pleased to say there is an explanation for all this dreariness. The filmmakers are quoted as saying that one of their favorite scenes is when Nev reads his ‘sexts’ from Megan out loud to his friends which, they claim, is romantic. They can claim what they want but, as these texts have sexual connotations, Nev’s five minute recital is really more like a peeing contest than anything else.

The reason why Universal distributed this film is quite a mystery. Not only is the content inadequate, but the production values are poor and not something Universal would normally be associated with. The names of the four filmmakers are Schulman, Joost, Jarecki and Smerling, and as I can’t find any of their relatives working in the upper echelons of Universal, I’m going to have to assume something more sinister is afoot and one of these gentlemen knows where the body is buried, which is a great idea for another documentary, but not, I fear, if these four have anything to do with it.