This is a compelling insight into the world of medical devices. It’s scary stuff but, as the narrative peels back the facts, fear is outweighed by outrage that, yet again, pharmaceutical giants are devastating lives. And all for the dollar, of course. Device profits top $639 billion, while lawsuits amount to a paltry $300 million. With a balance sheet in such excellent shape, nothing is going to change and patients are just going to have to keep suffering. But as abhorrent as Big Pharma are, they’re not the real villains in this story. 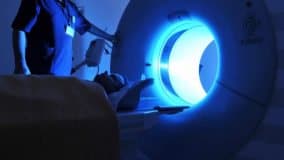 The first medical device we are introduced to is the least dangerous; hip replacements. These appliances can drastically improve people’s lives, unless they happen to be made of cobalt. Cobalt can seep into bloodstreams, attack brains and cause chronic psychological disorders. It’s the least dangerous because, if it’s removed, it’s possible patients can recover and reclaim their health. With the other devices, it’s a life sentence.

A lot of evidence that proves how much damage these devices are doing has been presented to the medical profession, yet they’re still being prescribed. The reason is that, legally, doctors are not obliged to report adverse side-effects to the F.D.A, even if someone dies. This responsibility is left to the pharmaceutical companies, whose profits increase with prolonged patent life. So the doctors keep scribbling and the Pharmers keep peddling.

Before 1976, medical devices were unregulated. When safety measures were introduced, the F.D.A. would have had an avalanche of paperwork to deal with. To avoid this inconvenience, the agency decided to simply stamp all the old devices with FDA approval and take it from there. That might sound mind-bogglingly dangerous, but it’s nowhere near as catastrophic as what they did next. The filmmakers will be able to tell the rest of the story far better than me, so I will leave it to them.

No industry faction with such a ruthless disregard for human life would be complete without a few politicians thrown in. And sure enough, legislation for more oversight was voted down by a number of erstwhile Republicans who now enjoy multi-million dollar salaries in the employ of Big Pharma. So they’re anti-liberal when it comes to the masses, but super-liberal when it’s rules for the rich. But that still doesn’t make them bigger villains than the F.D.A. and the quacks. They’re the ones who are supposed to keep us safe, but it seems their snouts are in the same trough.

No one can afford to miss watching this documentary.