‘Don’t mess with Texas’ may be the prevailing cautionary proclamation from that region, but director Richard Linklater evidently couldn’t care less. The Houston homeboy who single handedly transformed the notion of slacker into a household word in 1991 with his similarly titled groundbreaker film, is back with quite the opposite idea for a protagonist in mind. Namely, Jack Black as a ferociously workaholic undertaker in the wacky bible belt satire, Bernie.

Jack Black is Bernie Tiede a recently arrived assistant mortician in small town Texas. A giddy embalmer who prides himself on fastidiously running the mortuary like a beauty parlor, Tiede is a perfectionist devoted to keeping his assigned corpses elegantly ‘casketed and cosmeticized.’

But the Carthage, Texas tongues are incited to wagging when the fortysomething bachelor begins showering flirtatious attention on the elderly women of the town. Especially after he apparently sets his sights on the local mean queen and fabulously wealthy widow, scowling octogenarian hermit Marjorie Nugent (Shirley MacLaine).

Eventually and rather astoundingly, Bernie wears down the resistant recluse, in what seems like his most satisfyingly formidable and challenging conquest in the vicinity. And though Marjorie doesn’t exactly succumb to his charms, he’s eventually accepted into her life – in essentially reverse order – as constant companion, entertainer, servant, doting doormat and henpecked object of extreme pathological scorn.

So when Bernie becomes overwhelmed by her abuse and impulsively shoots her dead one day, both the characters and audience members are not likely to condemn him for offing the impossible shrew. Though subsequently hiding Marjorie’s body in their home freezer and explaining her disappearance as assorted ailments necessitating checking into a far flung nursing home, does compromise collective sympathy for Bernie. Especially the snarling town D.A. Danny Buck Davidson (Matthew McConaughey), who obsesses about nailing his prime suspect early on.

With elusively drawn plot points that are as unconventional as can be, Linklater teases the audience throughout in this dramatic tossed salad where mostly anything goes. Which can have the effect of summoning wildly unanticipated surprises one moment, and frustrating consternation soon after.

So is Bernie a Texas varmint or victim driven to desperate measures to silence his annoying and overbearing live-in tyrant? Who knows. With Jack Black in the dysfunctional driver’s seat, the pleasure is all in the journey, rather than the destination. 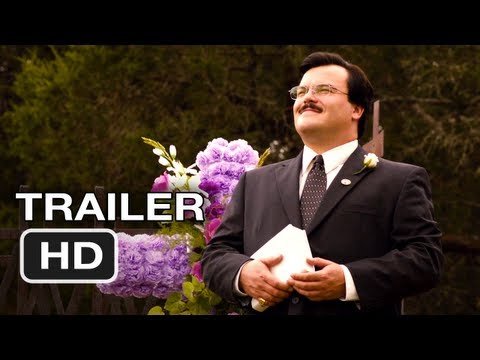