Playing out in a post-Soviet Bulgaria apparently riddled with poverty and Muslim terrorist cells, Assassin’s Bullet focuses on troubled FBI agent Richard (Christian Slater). Recently arrived in the capitol of Sofia after being summoned there by US Ambassador Ashdown (Donald Sutherland), Richard is immediately entrusted with the task of ferreting out a mysterious female vigilante who is taking down terror suspects solo. And thereby embarrassing the CIA by snuffing designated villains before they have a chance to do so themselves. Or something like that.

And between perpetually sulking over the loss of his murdered wife years ago and handing out his pushcart snacks to starving families on the street, Richard is immediately befriended by odd British shrink Dr. Kahn (Timothy Spall). Who takes the moping operative belly dancing club hopping in a bid to jump start his hibernating libido, and get him sexually crazed over one red haired hip wiggler in particular. Therapeutic red flag alert.

Then there’s nervous blonde English language teacher Vicky (Elika Portnoy), a patient of Dr. Kahn, who is also stuck in the past when she was traumatized as a child by the death of her parents in a suicide bombing. Not to worry, the doctor attends to her regularly with hypnosis sessions while repeatedly sketching her portrait.

And kicking in, for real, within a seeming color coded multiple wig accessorized narrative, is that aforementioned raven-haired, elusive free lance assassin in question. Who tends to get homicidal whenever spotting anyone donning a Middle Eastern bandana or keffiyeh, when not robotically obeying the command of her boss to shoot any witnesses, including barking dogs.

What eventually ensues is a spy story telegraphing its secret plot points from the get-go, even if Agent Richard is too cluelessly distracted by a belly dancer’s seductive charms to spot them. And which involves mostly chase scenes on foot, with both the assassin and the hopelessly infatuated when not dimwitted Richard, knocking down anything human along the streets that gets in their way.

On a side note, Assassin’s Bullet was the brainstorm of two women writers, one of them the star herself, Bulgarian born Portnoy. Oh, and additionally a male screenwriter lending a hand, Hans Feuersinger. Whose sole previous claim to possible fame in all of this, who knows, is a thank you credit for the documentary, Larry Flynt: The Right to Be Left Alone. Which yours truly is feeling just about now following the viewing of this movie, as well. 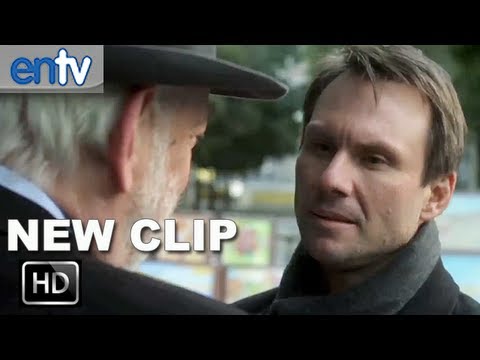