The original characters of Arthur become shadows of their former selves in this 2011 knock-off and there is so much dreary dialogue that it feels more like a play than the crazy romp it once was. Things that get left the same lack realism, things that get changed lack credibility and, worst of all, there’s not one sincere moment in the entire film.

Arthur (Russell Brand) is heir to a fabulous fortune but his wayward behavior is making the shareholders of the family empire nervous. Arthur’s mother (Geraldine James) decides something must be done and tells her son that he is to marry someone (Jennifer Garner) who she believes will bring stability to both the business and Arthur. If he refuses, he will be cut off from his inheritance. Arthur agrees to go along with his mother’s plans but then meets a girl (Greta Gerwig) who he falls instantly in love with. 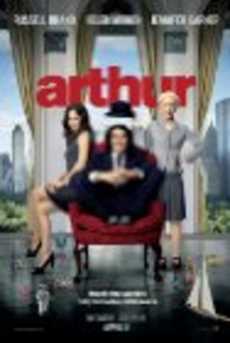 Dudley Moore made the most adorable drunk but Brand doesn’t even get the slur right and the self-indulgent behavior that once beguiled is irritating this time around. It’s also a mystery why an actor with a cockney accent was given the part of an upper class ‘toff’, who should be speaking with the same plum in his mouth as the royal family. Having M’Lord’s nanny (Helen Mirren) sounding posher than M’Lord himself is rather like Prince William chatting to the Queen in a Michael Caine accent. It’s just too odd to contemplate.

The chemistry that ignited the romance between Moore and Minelli back in 1981 jumped right off the screen, but this toned down girlfriend (who is the only character with a name change) just makes doe-eyes and the attraction between her and Brand is lack-luster and contrived. An equally unsuccessful attempt to revamp is made by making Hudson into a nanny (Helen Mirren) instead of a butler. This might have allowed the writers to think they’d done something ‘new’ but seeing nanny treat a 30 year-old man like a little boy (“Don’t forget to wash your winky”)simply jars and is too ridiculous for words. And it’s painfully obvious that the dreadful Helen Mirren storyline was created just so Mirren could have a bigger part, but I suppose if you’re shelling out millions on actors’ fees, you want to get your money’s worth.

This film has nothing to say and the only possible message it has is “If your mother threatens to cut off your vast fortune unless you marry the girl she says you should, don’t worry, as she’ll probably change her mind.” This will, of course, be of great use to us all.