This is an action comedy packed with spectacular car-chases and shoot outs, with the gaps in between filled with lighthearted comedy and cheesy dialogue. Fortunately, talking is kept to a minimum, and it’s the high-octane action that fuels the vehicle, which lets us know, that Arnie is back.

Ray Owens (Arnold Schwarzenegger) is the Sheriff of Sommerton Junction, a small town on the US/Mexican border. The peace of this sleepy town is interrupted when a farmer is found shot dead, with the crime scene staged to look like a burglary gone wrong. Meanwhile, FBI Agent John Bannister (Forest Whitaker), is transferring a drug kingpin, Gabriel Cortez (Eduardo Noriega), from jail to prison.

As soon as Cortez is transferred to the FBI prisoner convoy, a sophisticated escape is orchestrated and Cortez flees, taking with him an FBI operative as hostage. He heads towards the border, where a band of lawless mercenaries wait to escort him from Sommerton Junction to Mexico, which means they will have to travel across the land owned by the dead farmer. It is left to Sheriff Owens and his entourage to stop the most wanted drug dealer in the western hemisphere, from disappearing over the Mexican border forever. 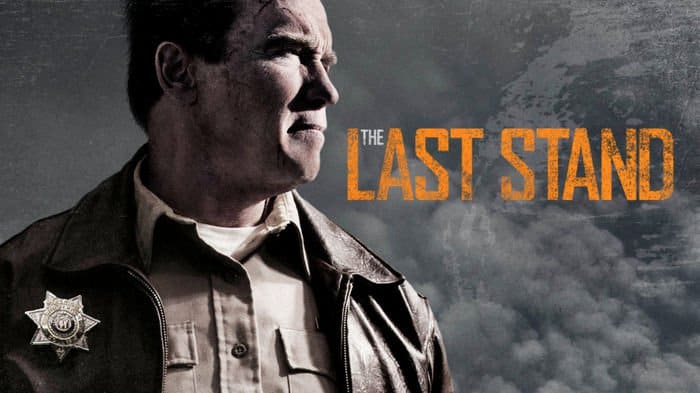 There is nothing original about any member of the posse the Sheriff enlists to help him defend the town. There’s the buffoon, the unwilling hero, the pretty girl, the drifter and the devoted deputy. The Sheriff himself is pretty unremarkable, as are the multitude of one-dimensional bad guys. FBI Agent Bannister is, simply, just an agent, but he does imbue sufficient comedy into his story-line to avoid what could have been a jarring genre clash. However, lack of character depth is really not an issue in this film, as it rarely takes itself seriously, and simply charges from battle to battle, with nothing but speed and mayhem on its frivolous mind.

The disparity between the frequent action and sparse dialogue continues throughout. A possible reason for this could be that the director, Kim Jee-Woon, is South Korean, and speaks hardly a word of English. This makes him a strange choice for a mainstream American movie unless, of course, the producers wanted to use Jee-Woon as an excuse to keep Arnie’s dialogue to a minimum, and let the infamous brawn do the talking. Sometimes, three words are all you need.