This film has an intriguing sci-fi premise about a duplicate earth but, unfortunately, it gets relegated to the realm of sub-plot and the focus is placed on a tedious romance that is a poor substitute for the extra-terrestrial adventure we could have enjoyed.

Rhoda’s (Brit Marling) dreams of becoming an astrophysicist come to an abrupt end when she drinks and drives, injuring John Burroughs (William Mapother) and killing his pregnant wife and child. She serves a four year prison sentence and, on her return, tracks down her victim and infiltrates his life without identifying herself as the perpetrator of the tragedy that destroyed his family. On the same day as the accident, a planet appears that scientists believe to be similar to our own and when Rhoda is released from prison she enters a competition to win a ticket for a trip to what has been christened Earth 2. 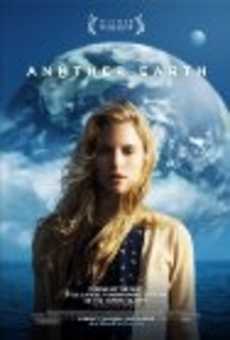 These two people are both dreadfully damaged, but Instead of mining their souls much time is spent watching a mute Rhoda scrub walls at a school and clean Burrough’s house, which is not only tiresome but also slows the pace to a near standstill. When the writers decide it’s time for the relationship between Rhoda and Burroughs to ignite, a sudden leap into intimacy is made with no great moments to get them there and we only ever learn what has happened to the lovers, and not who they have become.

There are many messages this film could have sent about forgiveness, remorse or, with the presence of a parallel universe, about second chances but, in the event, the ambiguous ending jumps clumsily into time travel and the relationship between Rhoda and Burroughs ends in no man’s land. This lack of a resolution makes the entire romance seem pointless, leaving the audience dissatisfied and also possibly wishing that Rhoda had left the planet before the story started.