While President Kennedy was in office, the press apparently turned the other way while he was cheating on his wife, Jackie, with Marilyn Monroe and his other girlfriends. Those days were very different from the present when everything is fair game, and it’s always up to a loyal wife to save the political career of her philandering husband, like First Lady Hillary did for Bill Clinton repeatedly. An American Affair, set in Washington, D.C. in 1963, revolves around an implausible love triangle involving JFK, a beautiful divorcee (Gretchen Mol) and a 13 year-old boy (Cameron Bright).

At the point of departure we meet Adam in uniform at his Catholic school, where he is obviously unhappy about being bullied. Soon thereafter, we see the lonely latchkey kid letting himself into his home in Georgetown, since both of his parents (Perrey Reeves and Noah Wyle) are employed as journalists. Then, just while he’s enjoying a layout in the latest issue of Playboy, he looks out the window and lo and behold is treated to the sight of his gorgeous, new next-door neighbor undressing. 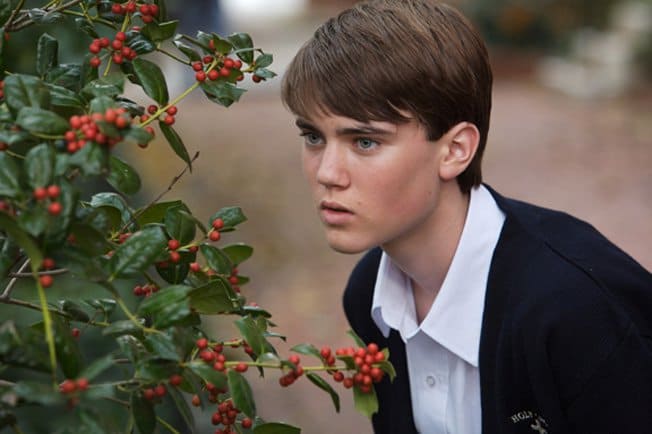 This fortuitous development turns Adam into a Peeping Tom till he summons up the courage to introduce himself to the object of his affection. The excuse he uses to approach Catherine is that he needs a job to raise money for a school trip to Europe. Aware of his barely-contained crush, she decides to hire him as her gardener.

However, this only serves to escalate his obsession to the level of stalking. Now monitoring the inside of her apartment with a camera, he can’t help but notice that his competition is the President. He even sneaks in one day to read her journal only to end up watching them make love from inside Catherine’s closet.

The entire kinky scenario unfolds against the backdrop of the Cuban Missile Crisis, and it gradually becomes clear that Castro might be planning a little revenge in Dallas. Regrettably, JFK was too busy sowing his wild oats to listen to a mistress willing to pass along a warning from an earnest CIA operative. 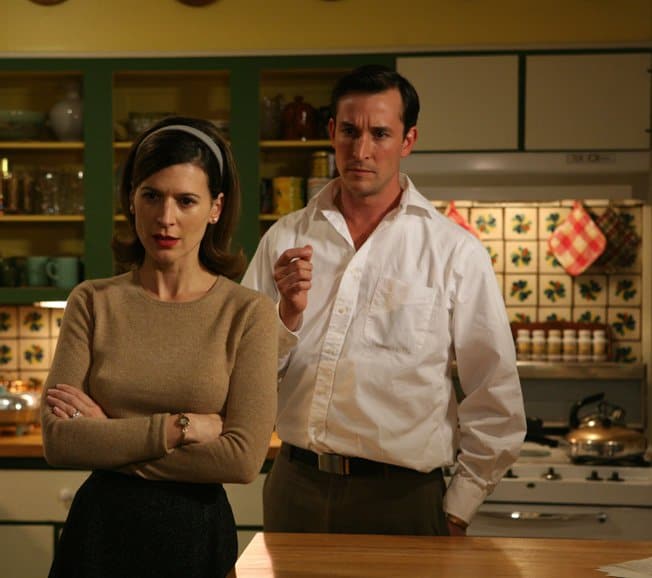 Brace yourself for a bittersweet sendoff, since the prognosis is likely tragic for a wayward woman not only sleeping with the President but entertaining the advances of a minor to boot. A flick for Kennedy assassination conspiracy buffs which puts a whole new spin on “the grassy knoll” courtesy of the flamboyance of a nearly-naked Gretchen Mol.

To see a trailer for An American Affair,