There are so many disastrous scenes in this movie that it could have been made by a group of students in their first year at film school. The cliches are endless, tedious melodrama abounds and it feels more like a humorless spoof than the action thriller it’s supposed to be.

When Nathan Harper (Taylor Lautner) takes part in a school project about missing children, he finds his own picture on a website and, when he confronts his mother (Maria Bello), discovers that he was adopted as a toddler. Just as he begins to piece together his real identity, he is targeted by a team of trained killers and goes on the run with his young neighbor, Karen (Lily Collins). 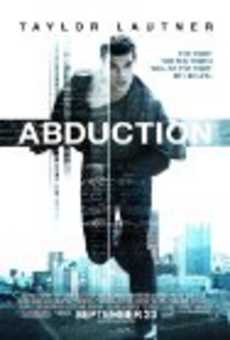 The first faux-pas of many in this film comes within minutes. Nathan has just confronted his mom about being adopted, whereupon she rushes to get his father from outside but decides to stop en route to hang around in the kitchen. This gives the bad guys time to come knocking on the door and strut their stuff but such a pause evaporates the tension created from Nathan’s angst and the ensuing action falls flat. The next faux-pas swiftly follows when one of the bad guys tells Nathan with his dying breath that he planted a bomb in the oven and it’s about to go off. As the sole purpose of their visit was to kidnap Nathan, the only reason they could have brought a bomb with them was because the filmmakers decided they wanted something to blow up. In all fairness they did a good job of that but how hard is it to blow up a house?

There are too many implausible events in this film to list them all. There’s the school psychiatrist who is a double agent and who wanders around hospital corridors clutching dozens of balloons to hide from security cameras. There’s an innocent conversation between Nathan and the CIA (the CIA guy tells Nathan to trust him) which makes Nathan so incredibly suspicious that he decides to go on the run. There’s also a painful scene when Nathan and Karen make it to a place of safety but then Karen goes on an errand just so the bad guys can kidnap her and give Nathan chance to rescue his damsel in distress. Yuk, yuk, yuk.

In the absence of any true character development, Nathan’s actions are dictated by the needs of the plot. He’s introduced as an irresponsible kid, but as soon as he goes on the run he develops the mind of a top Intel agent and becomes profoundly wise, spouting weighty phrases like “trust has to be earned.” This is indeed true, and if anyone’s thinking of shelling out $15 to watch this irksome B movie, trust me, don’t do it.