A major box office hit in its native Greece and the Greek entry for a Best Foreign Film Oscar nomination this past year, Tassos Boulmetis’ A Touch Of Spice is a whimsical coming of age confection and a young boy’s ravenous romance with food. And while this high calorie topic may appeal to audiences back home, it’s a bit Greek to me, since Americans literally bursting at the seams while already bombarded with an overload of culinary commercials, are always trying their best to run in the opposite direction from those pound packing temptations.

Conceived with loving care up on the screen like the gourmet delicacies competing with the humans as nearly characters themselves, A Touch Of Spice focuses on the fertile imagination but troubled childhood of Fanis (Georges Corraface), a professor of astrophysics. Born into a mid-20th century Greek Christian family residing in Muslim Istanbul, Fanis and his parents are caught up in the rising tide of friction back then between Greece and Turkey. Forcibly deported to Greece, yet ostacized back in Greece as Turks, the family searches for a sense of place that eludes them. And while Fanis’ father does so by embracing patriotism during the dreaded onset of the oppressive military junta in the late 1960s (though more vague and comical than oppressive in this story), Fanis copes by withdrawing into cooking and daydreams. 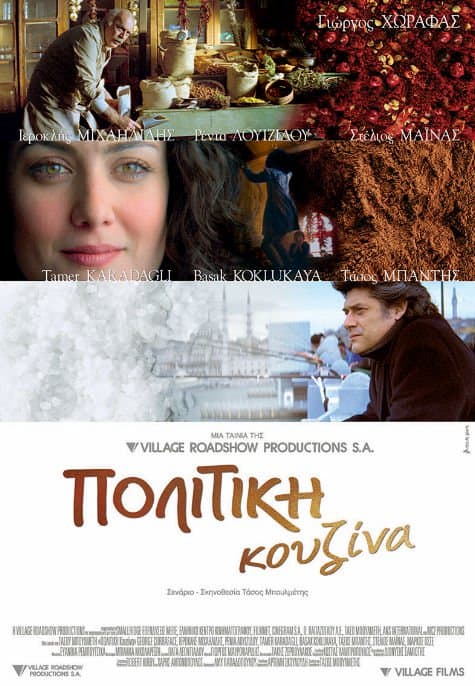 Food is fine when served as a main course at the dinner table, but not as the centerpiece in a movie, upstaging history and human conflict. Not to mention that this cinematic recipe is far too sugary, and attempting to spice it up with objectified female nudity functioning as more meal than mate or motherhood, is difficult to digest, to say the least.

The best moments in A Touch Of Spice delve into the fanstasy worlds spinning about the young Fanis, as he consumes the mysteries of outer space that will later inspire his life vocation of astrophysics. Which are seasoned in enchanting ways with the delectable inner universe of taste and texture, first evoked by hanging out in his grandfather’s condiment shop. Just don’t show up for A Touch Of Spice on a empty stomach.