When the actors and directors unions opted to honor the picket line in support of the striking writers, this meant that the 65th Annual Golden Globes would be gutted of its essential appeal. For once you strip away the glitz and glamour of the red carpet arrivals and all the breathless acceptance speeches by Hollywood icons, what do you have left but a simple announcement of the winners.

Nonetheless, the lackluster show still went on, although NBC cut the TV telecast down to an hour. Even that seemed too long, since chatty co-hosts Billy Bush and Nancy O’Dell had absolutely nothing of substance to share except for the results and an embarrassing home video of nominee Nikki Blonsky. 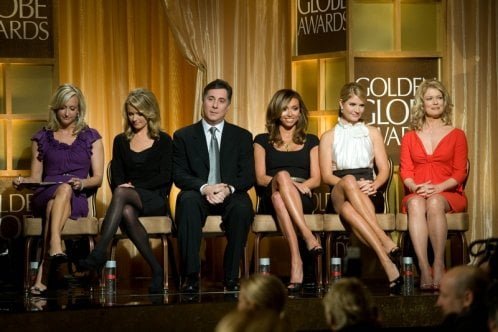 As for the Globes themselves, none landed more than two trophies, which means that no movie emerged from the evening with buzz as the early Oscar favorite. This sleep-inducing fiasco doesn’t bode well for the rest of the 2008 Awards Season should the strike continue to drag on.

Actress, Drama: Julie Christie, “Away From Her.”

Actor, Drama: Daniel Day-Lewis, “There Will Be Blood.”

Director: Julian Schnabel, “The Diving Bell and the Butterfly.”

Foreign Language: “The Diving Bell and the Butterfly,” France and U.S.

Original Song: “Guaranteed” from “Into the Wild.” 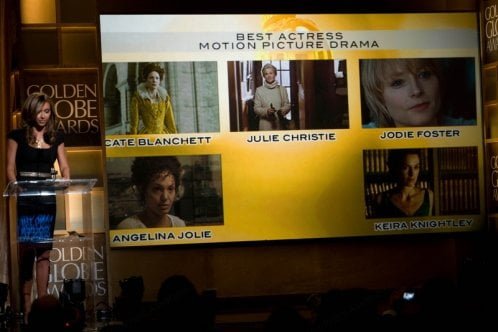