Harry Potter and the Half-Blood Prince (PG for violence, frightening images, mild epithets and some sensuality) Daniel Radcliffe, Rupert Grint, Emma Watson and company return for the sixth screen adaptation based on the famed J.K. Rowling series of children’s novels. This installment finds Harry starting another year at Hogwarts School where he discovers new dangers lurking in the castle’s shadows due to the return of his archenemy, Lord Voldemort (Ralph Fiennes).

500 Days of Summer (PG-13 for profanity and sexuality) Joseph Gordon-Levitt and Zooey Deschanel co-star in this wry comedy about an incurable romantic falling head-over-heels for a woman who doesn’t even believe in true love. Supporting cast includes Chloe Moretz, Matthew Gray Gubler and Sid Wilner. 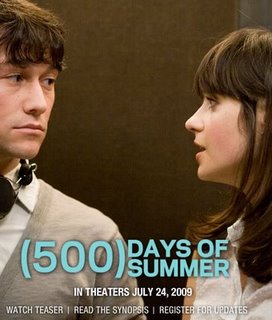 Death in Love (R for nudity, profanity, disturbing content and graphic sexuality) Boaz Yakin directs this dysfunctional family drama about a Jewish woman (Jacqueline Bisset) who survived the Holocaust by sleeping with a concentration camp doctor conducting human experimentations only to end up raising a couple of traumatized, emotionally-stunted sons (Lukas Haas and Josh Lucas). With Adam Brody, Stu Richel and Jacqueline Margolis.

Homecoming (Unrated) Mischa Barton stars in this revenge thriller as a jilted ex out to even the score with her high school sweetheart (Matt Long) when he returns from college for Christmas vacation with a new girlfriend (Jessica Stroup).

In the Loop (Unrated) Mockumentary-style political satire, based on the BBC-TV series The Thick of It, and revolving around a President of the United States and a British Prime Minister who conspire to embroil their countries in a war of choice over the objections of their top military advisers. Cast includes James Gandolfini, Tom Hollander and Chris Addison.

Off Jackson Avenue (Unrated) “Crash”-themed, ensemble crime saga, set in New York City, about the serendipitously intersecting fates of a Mexican woman (Jessica Pimentel) sold into prostitution by an Albanian pimp (Stivi Paskoski), a Japanese hit man (Jun Suenaga) hired by a Chinese mobster (Clem Cheung) to knock off his competition, and a petty car (John-Luke Montias) thief eager to find a legitimate line of work.

Somers Town (Unrated) Monochromatic dramedy, set in London, about a teen love triangle which evolves when a Polish immigrant (Piotr Jagiello) living with his father (Ireneusz Czop) and the runaway (Thomas Turgoose) he befriends become infatuated with the same French waitress (Elisa Lasowski). (In English and Polish with subtitles)

A Woman in Berlin (Unrated) World War II drama based on the memoirs of a German journalist (Nina Hoss) who was repeatedly raped by invading Russian soldiers following the fall of Hitler. (In German and Russian with subtitles)