9 (PG-13 for violence and scary images) Post-apocalyptic, animated adventure about the tiny, man-made creatures who rise to defend the planet from the fearsome machines which have already decimated humanity and now threaten to wipe out all living things. Voice cast includes Jennifer Connelly, Martin Landau, Christopher Plummer, Crispin Glover and Elijah Wood.

I Can Do Bad All by Myself (PG-13 for violence, drug use, smoking and the sexual assault of a minor) Tyler Perry’s back in drag as Madea for this modern morality play which has the gun-toting granny delivering the trio of orphaned, juvenile delinquents she catches burglarizing her home to their only living relative (Taraji P. Henson). With Mary J. Blige, Gladys Knight, Marvin Winans, Brian J. White and Hope Olaide Wilson.

Sorority Row (R for nudity, sexuality, profanity, partying and graphic, bloody violence) Remake of the gruesome, 1983 splatter flick about five college juniors (Briana Evigan, Leah Pipes, Jamie Chung, Rumer Willis and Audrina Patridge) who agree to cover up the accidental death of a sorority housemate by secretly buring her body only to find themselves stalked by a serial killer a year later during their big graduation party. With Robert Belushi (son of Jim).

Whiteout (R for nudity, profanity, violence and grisly images) Kate Beckinsale stars in this frosty crime caper about a U.S. Marshal assigned to investigate the first murder in Antarctica three days before winter sets in. With Gabriel Macht, Columbus Short and Tom Skerritt.

Beyond a Reasonable Doubt (PG-13 for sex, violence and brief profanity) Michael Douglas and Jesse Metcalfe co-star in this remake of the 1956 cat-and-mouse crime thriller about an investigative journalist who frames himself for murder in order to catch a corrupt District Attorney suspected of tampering with evidence in other cases. With Amber Tamblyn and Orlando Jones.

Crude (Unrated) Eco-documentary about the $27 billion lawsuit filed against Chevron over its polluting the Amazon jungle and its displacement of indigenous peoples living in the region. (In English and Spanish with subtitles)

Give Me Your Hand (Unrated) Dysfunctional family drama about the sibling rivalry which surfaces between 18 year-old twins (Alexandre and Victor Carril) while hitchhiking from France to Spain for the funeral of their estranged mother. (In French, Spanish and English with subtitles) 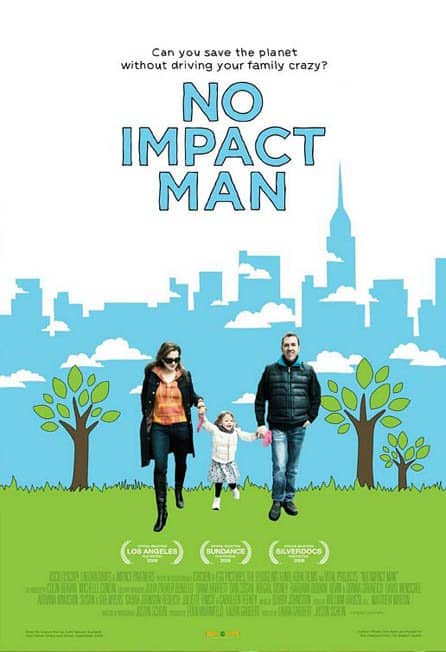 No Impact Man (Unrated) Back-to-nature documentary chronicling the effort of a family living in lower Manhattan to minimize the size of its carbon footprint by eating only locally-grown food and by living for a year without a car, electrical appliances, toilet paper or many other modern conveniences.

Not Forgotten (R for sexuality, nudity, profanity and graphic violence) Psychological thriller, set in a Tex-Mex border town, about a husband (Simon Baker) and wife (Paz Vega) forced to come to grips with their checkered past in order to save their kidnapped daughter (Chloe Moretz).

The Other Man (Unrated) Liam Neeson stars in this triangulated drama as a jealous husband who secretly befriends a man (Antonio Banderas) he suspects of sleeping with his wife (Laura Linney).

The Red Canvas (PG-13 for pervasive martial arts action) Mixed martial arts revenge flick about a recently-paroled ex-con (Ernie Reyes, Jr.) who sets out to settle a grudge his former-POW father (Ernie Reyes, Sr.) has against the North Vietnamese General (George Takei) who held him captive during the war. With John Savage, Maria Conchita Alonso and Sara Downing.

LGBTQ+ Film ‘That Is All’ Releasing June 8