The Art of the Steal (Unrated) Courtroom documentary about the legal battle for control of the Barnes Foundation’s priceless collection of Modern and Post-Impressionistic paintings.

Defendor (R for violence, sexuality, and pervasive profanity and drug use) Sci-fi comedy about a self-appointed vigilante (Woody Harrelson) who confides in his court-appointed shrink (Sandra Oh) that his superhero alter ego was unfairly arrested by a crooked cop (Elias Koteas) for coming to the aid of an underage prostitute (Kat Dennings). 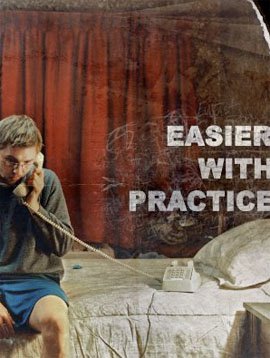 Formosa Betrayed (R for violence) Fact-based espionage thriller, set in the early Eighties, about an FBI agent (James Van Der Beek), investigating the murder of a Taiwanese-American professor (Joseph Foronda), who follows a trail of clues to Asia where he uncovers an intricate web of intrigue implicating the Chinese government, the Mafia and the U.S. State Department. With John Heard, Leslie Hope, Tzi Ma, Will Tiao and Wendy Crewson.

Kings of the Evening (PG for mature themes, violence, smoking and mild epithets) Depression Era drama about a recently-paroled ex-con’s (Tyson Beckford) attempt to earn a little cash and respect in the ‘hood after two years in a chain gang by competing in a weekly fashion show with a grand prize of five dollars. Cast includes Lynn Whitfield, Glynn Turman and Bruce McGill.

Prodigal Sons (Unrated) Gender-bending documentary revolving around a transsexual’s triumphant return to her Montana hometown as a woman to attend a high school reunion and to reconcile with an estranged, adopted brother who has recently learned that he might be the grandson of Orson Welles and Rita Hayworth.

A Prophet (R for sexuality, graphic violence, nudity, profanity and drug use)

Crime drama, nominated for the Best Foreign Language Film Oscar, about an illiterate, 19 year-old Arab (Tahar Rahim) who turns into a ruthless mobster while behind bars after a stint in a Paris prison for a petty crime. With Niels Arestrup, Adel Bencherif and Reda Kateb. (In French, Arabic and Corsican with subtitles)

Toe to Toe (Unrated) Cross-cultural drama about the tensions which arise between lacrosse teammates at a suburban Washington, DC prep school, one, (Sonequa Martin), a promiscuous, spoiled-rotten, rich kid (Louis Krause), the other, an overachiever driven by a desire to make it out of the ghetto. Supporting cast includes Leslie Uggams, Gaius Charles, Silvestre Rasuk and Ally Walker.

The Yellow Handkerchief (PG-13 for violence, profanity, sexuality and mature themes) Post-Katrina road saga revolving around the drama which unfolds when a social zero (Eddie Redmayne) with a convertible and the flirtatious runaway (Kristen Stewart) he’s trying to impress decide to give a ride to a recently-released ex-con (William Hurt) hitchhiking home to see whether his wife (Maria Bello) still wants him.

Streets of Syndicate, Ohio – Out August 11

Quentin Tarantino Gives Details About “Once Upon a Time in Hollywood”

NYIP Inc, Pete Allman Announce Gabriel Tang to Star With Damian Chapa In The Outside Call