Actor, artist, director, improvisor and writer Jim Meskimen has been a professional actor for over 25 years. As a Man-on-the-street interviewer, he created literally hundreds of improvised testimonial TV and radio commercials for dozens of clients, from grocery chains to ATM cards.

He has been a professional illustrator and cartoonist, and designed all secondary characters for Rankin Bass productions hit 80’s TV show, Thundercats. The film, T.V., and now You Tube Star is also a professional painter, with his original paintings and drawings found in numerous prestigious collections around the world.

Jim Meskimen directed over 500 hours of award winning multi-set fiction audio books for Galaxy Audio. He has appeared in three Oscar nominated films; including, ‘Apollo 13,’ ‘There Will Be Blood,’ and ‘Frost/Nixon.’

Jim Meskimen’s impressions of President George W. Bush, John Kerry, Arnold Schwarzenegger, Bill Clinton and others for Jibjab dot com’s viral hit, ‘This Land’ have been heard by over 80 million people, making the You Tube star one of the biggest comic draws on the internet

Jim was Will Smith’s Western Philosophy teacher on ‘Fresh Prince of Bel Air’, where he also did impressions of Jack Nicholson, William Shatner, and The Fly, (“Heeelllp meeeee!)

His improvised performances on the British “Whose Line is it, Anyway?” with partner Christopher Smith are now legendary.

It was Jim Meskimen as a 17 year old actor in that famous episode of ‘Happy Days,’ who ran up the beach to inform the world that there was a shark penned up offshore, that Fonzie would later have to jump over on waterskis, inspiring the term “jumping the shark.”

An Exclusive Interview with Jim Meskimen

Jim Meskimen: Get creative, explore those small, personal ideas you have, the likes and interests that you may consider no one else would think of. Find a way to get it realized as quickly and economically as possible. Some people spend months on a short film that may not find an audience, then rapidly get discouraged, while others do 50 films in the same time period, and, though less polished, might create work that resonates with people and starts some excitement.

Hollywood Sentinel: That’s good advice. When I first heard your new video, I thought you were reading a famous play or novel, but I found out later that you wrote it. When did you begin writing?

Jim Meskimen: I have been writing a lot all my life, usually for my own pleasure or my own performances. I have narrated and directed hundreds of audiobooks by excellent authors, so I have been exposed, at least, to good writing, and I find that the best writers are the ones that express something clearly and with a definite viewpoint. I’m of an age where I’ve had a lot of experiences and I find that I have a viewpoint which some others find interesting. When I performed this piece live recently, many people came up to me and said, “those impressions were great, but the essay itself was the best part.” So that gave me confidence to put it out to a larger audience.

Hollywood Sentinel: Great, and how did you develop your skill as a writer?

Jim Meskimen: I read a lot, write whenever it comes to me. I don’t depend on it for a living, but I write my Blog, scripts, etc. Also I’m an improv guy, and that is a form of writing, without the actual setting down on paper.

Hollywood Sentinel: Nice. You seem to create a large amount of content for the internet which is great. Do you get help doing all of this and how do you do it all?

Jim Meskimen: I am starting to get more help now, but I’m still mostly a one-man band. I have this great friend, Geoff Levin, who provides my music when I need it. He’s an awesome composer with a long and stellar career. I’m lucky to have him contribute to my films. I’m also going to start working with his son, Collin, who is a terrific filmmaker. I’m also doing a new pilot for a webseries with director Ben Shelton, for a company he works for called SoulPancake, a series about being an impressionist, with fellow impressionist Ross Marquand. So, I’ll be getting more help. The cavalry is coming!

How to Get Work as an Actor

Hollywood Sentinel: Great! It doesn’t surprise me that you make a living off of your acting and comedy, as you are incredibly talented, but aside from that – talent – what is your advice to other actors and comedians out there that have the talent, but are not getting work?

Jim Meskimen: I find that few actors really embrace the promotion aspect of the business. You have to find some way to regularly, like, every week let people know what you are up to. Sometimes actors feel that is not part of their job, but it actually is, until you can delegate that, or are so famous that other people make a good living off writing about you and taking photos of you or something.

When you are starting out, it is key to stay in touch with all your contacts and be sure they know what you are up to, and find a way to do that that is not annoying, but interesting and even helpful to them.

Hollywood Sentinel: That’s great advice, I totally agree. Please share with us a funny way you have used your talent as an impressions master to surprise someone in public (if you have), such as at a restaurant or phone or somewhere else.

Jim Meskimen: I sometimes get called on to fool people over the phone, like doing George Clooney to someone’s 80 year old mom as a birthday surprise. But I was most happy to do my Robert Siegel impression on NPR when I was interviewed by Scott Simon a little while ago for Weekend Edition. A few weeks later, I got a nice email from Robert. It was the culmination of a fun little dream.

Hollywood Sentinel: Cool. Thanks for your time Jim.

To view the latest video by Jim Meskimen, which he wrote and stars in, see it here: 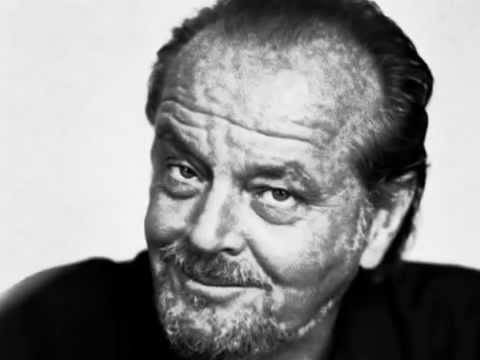 See Jim Meskimen live this Saturday, May 4th at 8 pm at

The Acting Center, in Hollywood, California. For tickets and further information, visit: