Queen of the Castle

Tamala Jones has created a varied career based on her prodigious talent, working steadily in comedic and dramatic projects for both film and television. At 20 she made her feature film debut in How to Make an American Quilt as the great-grandmother of Maya Angelou’s character. That same year, she racked up television roles in The Wayans Bros., The Parent ‘Hood and The Fresh Prince of Bel-Air, as well as a recurring role as Joanie on ER. From there she joined the regular cast of the ABC drama Dangerous Minds, which gave her a chance to show her dramatic chops as a teenage mother facing parenthood and an abusive spouse.

in 1997 Jones landed a supporting role in the popular comedy Booty Call and a recurring turn on Veronica’s Closet. She was next featured in the teen comedy Can’t Hardly Wait. That same year she was cast in a more grown-up role as a divorcee on For our Love, showcasing a winning combination of irreverent moxie and surprising sweetness.

Jones was featured in both the romantic drama The Wood and the action comedy Blue Streak, then was seen in the musical drama Turn it Up and the comedies The Ladies Man and Next Friday. On television, she amassed credits that included a turn as Lucille of rock song fame in the biopic Little Richard.

In 2001 she renewed her focus on the big screen in supporting roles in the African-American ensemble features The Brothers and Kingdom Come, which gave her the opportunity to create characters while working alongside more experienced performers. Later that year Jones was one of the women being schooled in the management of men by Vivica A. Fox’s savvy but stumped character in the comedy, Two Can Play That Game, and in *On the Line* she had a turn as an ambitious and controlling advertising executive who clashes with the idealistic hero, portrayed by NSYNC’s Lance Bass.

In 2003 she worked opposite Chris Rock in Head of State and had a co-starring role as the wife of Traci Morgan in the self titled Traci Morgan Show. Since then, Jones has co-produced an independent movie, Nora’s Hair Salon, and starred in several more films, two of which were Daddy Day Camp, with Cuba Gooding Jr., and Janky Promoters, opposite Mike Epps.

In late 2009 she appeared on the big screen in the Oscar-nominated feature Up in the Air, with George Clooney. In 2010 she completed post production on another independent film she co-produced entitled 35 and Ticking, in which she also stars alongside Nicole Ari Parker, Keith Robinson and Wendy Raquel Robinson.

TJ: Playing a doctor because it was something that I’d never done before. And Nathan Fillion. I’d watched him and followed his whole career. He’s a great guy!

KW: Tell me a little about your character, Dr. Lanie Parish.

TJ: She’s sassy, she knows her stuff, and she doesn’t play around.

KW: What type of research did you do to prepare for the role?

TJ: I read a lot of coroner books and I also watched a lot of reality crime shows like “Dr. G: Medical Examiner,” “The First 48” and “Forensic Files.”

KW: During the show’s third season, Lanie had a relationship with Detective Esposito, but they later broke up. Is there another romance in store for her this season?

TJ: I really don’t know. [Executive producer and screenwriter] Andrew Marlowe is very secretive about what he has in store, so I have to wait and see what’s going to happen along with all you guys.

KW: You’ve done a lot of movies and TV shows. Which is your preference?

TJ: I love them both; I don’t have a preference. I wish I could do them both at the same time.

KW: How about drama versus comedy?

KW: Who would you like to paired opposite in a romantic comedy?

KW: What film director would you like to work with?

TJ: Steven Spielberg. I love him. I respect him. And he gave us E.T.

TJ: Yes. I’m afraid that I won’t do a good job when I go into an audition.

TJ: Just the other day. A friend of mine made me watch a video on Youtube, “Hot Cheetos and Takis.” I don’t know what a Taki is but those kids were rocking out and that was so funny to me.

TJ: Laying in bed and sleeping all day.

TJ: “The Alchemist” by Paulo Coelho.

TJ: Tammi Terrell’s “All I Do Is Think about You.”

TJ: Hopping on a plane and going to discover a new island I haven’t been to before.

TJ: I made the best business decision at 14 when I decided to get into acting. The worst was owning 2 homes at the same time.

KW: The Michael Ealy question: If you could meet any historical figure, who would it be?

TJ: Abraham Lincoln. I really want to talk to him and understand why he wanted to free the slaves. The real reason, not the one stated in history books.

TJ: A silly, crazy girl living in a woman’s body.

TJ: Making up stories and playing them out in the backyard. That was my favorite pastime.

KW: The Pastor Alex Kendrick question: When do you feel the most content?

TJ: When I’m working and my love life is in order. When things are in order, when I can put food on the table and I’m healthy, I’m content.

KW: The Toure question: Who is the person who led you to become the person you are today?

TJ: My grandmother. I’m definitely a grandma’s baby. My mom was always there but my grandmother is the reason I am who I am.

TJ: I think that we all share the will to succeed, drive. We never give up.

TJ: Never give up. Always be yourself. Don’t feel like you have to change who you are to be successful. As long as you’re true to yourself and you never give up, you will succeed. ***

TJ: As a kind, fun-loving beautiful person inside.

KW: Thanks again for the time, Tamala, and best of luck with the film.

TJ: Thank you, Kam! It was a pleasure!

To see Tamala singing “Comes Love” on an episode of Castle: 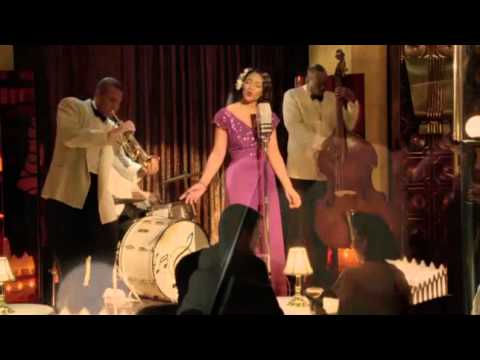