Sophina Brown was born on September 18, 1976 in Saginaw, Michigan where she began acting in the second grade and hasn’t stopped since. She earned a B.F.A in Theatre Performance from the University of Michigan before heading to New York City and landing the lead of Nala in The Lion King.

Today, she’s perhaps best known for as Raina Troy on the CBS drama Shark. Since the show was recently cancelled, she returned to the stage temporarily at The Matrix Theater in Los Angeles to play Emma in a new production of Harold Pinter’s “Betrayal.” Here, she talks about her now joining the ensemble cast of the CBS series Numb3rs in a recurring role as Nikki. 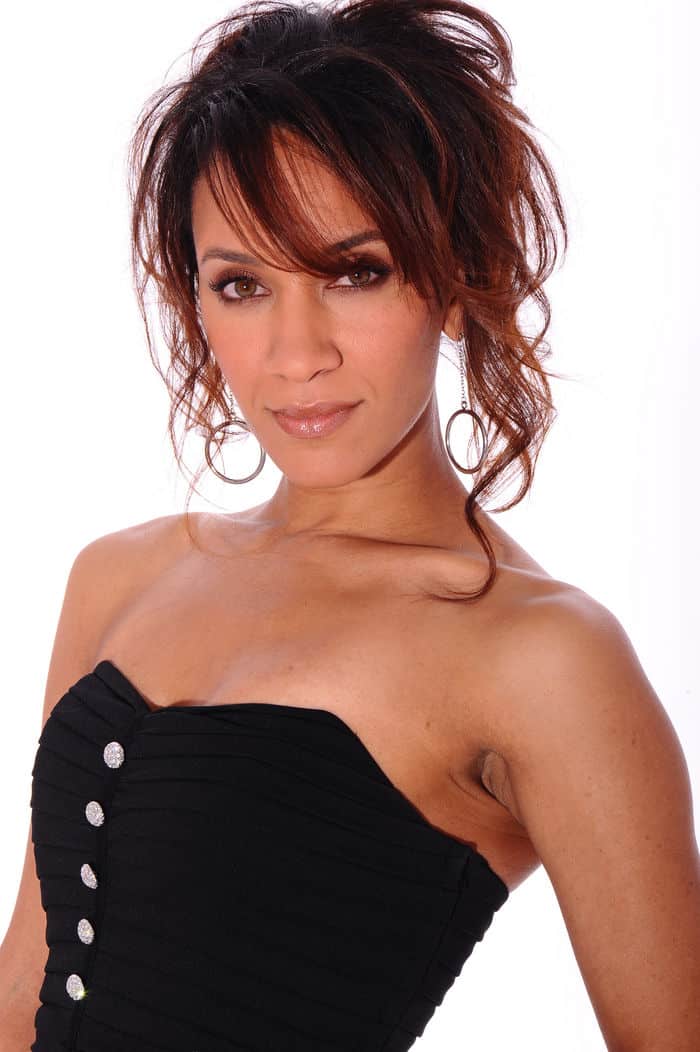 KW: Hi Sophina, thanks again for the time.

KW: Tell me a little about your character?

SB: Nikki is very different from any character I’ve played before. She goes off instinct, rather than intellect. She’s not afraid to get physical either. She’s used to using her fists before her words. Nikki’s a lot rougher around the edges than Raina, that’s for sure!

KW: What surprises can fans of the show anticipate seeing this season?

SB: Well, I can’t give away any of the surprises, but Nikki definitely brings a new element to the FBI team.

SB: I’m happier than I’ve ever been in my entire life. It is so true, I say it every day.

SB: I actually read a lot more plays than books. The last play I read was Gem of the Ocean by August Wilson.

SB: Yes, but never for long; any fear dissipates because of my faith. So fear pops up for me, but I don’t ever let it consume me.

KW: What do you like to do to unwind?

SB: I go see a lot of theater, I love going out to eat and trying out new restaurants, and I’m a pretty awesome bowler.

KW: Music maven Heather Covington’s question: What music are you listening to nowadays?

SB: Right now, I’m listening to Prince’s CD that came in his new coffee table book. The book is called 21 Nights, and the CD, Indigo Nights, is of his concerts. It’s a live version of his songs.

KW: Do you finally have a page at MySpace or your own website? You didn’t the last time we spoke.

SB: No, I still don’t, I’m probably the last person on Earth without it.

SB: Am I going somewhere?

KW: Not anytime soon. Thanks for another interview, and best of luck with Numb3rs and all your other endeavors.