A Dash of Nash 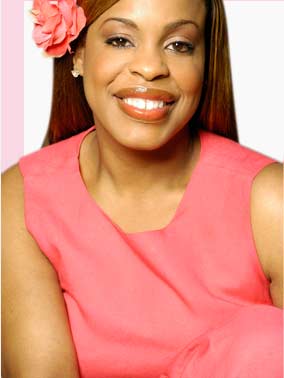 Born Carol Denise Ensley in Palmdale, California on February 23, 1970, Niecy Nash knew she wanted to be an actress at the age of five. Still, she attended California State University where she earned her B.A. before turning her attention to showbiz full-time.

After making her mark as a stand-up comedienne, Niecy attracted attention for her memorable work in supporting parts in movies like Cookie’s Fortune, The Bachelor and Malibu’s Most Wanted as well as on a string of TV shows such as Malcolm & Eddie, Girlfriends, Bernie Mac, That’s So Raven, Monk and ER. The bubbly beauty, known for always wearing a trademark flower in her hair, came into her own in a recurring role as Deputy Raineesha Williams on the Comedy Central sitcom, Reno: 911!

She has since appeared in such blockbusters as Spiderman 2, Hair Show and Guess Who. 2007 is proving to be a breakout year for Niecy, as she has already starred in two films, first, Code Name: The Cleaner opposite Cedric the Entertainer, and now, Reno 911!: Miami, the screen adaptation of her hit television series.

In her personal life, Niecy and her husband of 13 years, Dan Nash, are raising their three children. She also serves as the spokesperson for MAVIS, Mothers Against Violence In Schools. The organization was founded by her mother following the tragic murder of Niecy’s younger brother.

KW: Where did you find the inspiration for your character, Raineesha?

NN: The wonderful thing about Reno 911 is the fact that because we were at the last minute, Tom [Lennon] and Ben [Garant] who are also a part of the cast, but executive producers as well, came to us and said, “We’re doing cops, who do you want to be?” And we were like, “Huh, what, whoa?” So then, we all had the opportunity to create these characters. Raineesha Williams, my character, is a culmination of all the women who I’ve ever known. The one’s who wear too much makeup, the ones who got the little extra attitude on the side, you know, baby hair, finger waves, whatever you call it.

KW: You wear a prosthetic posterior for this role. How did you come up with her body type? 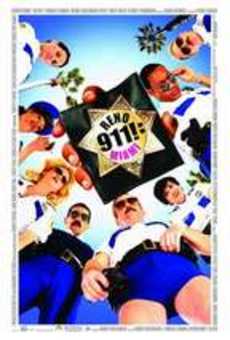 KW: How did you decide on your wardrobe for the film?

NN: I did get a different uniform in Miami, but then again, when in Rome… I thought my booty looked big in beige, but my booty looks extra big in that electric blue Miami uniform. My God! My God! I felt like J-Lo. I was like, “What!”

KW: Do as an audience already need to be familiar with the TV show to enjoy the movie?

NN: No, you will get a sense of who we are because we revisit some of the things that we’ve done in the original pilot, just so that right away you get a sense of who we are, and what it’s all about, even if you haven’t been tracking it. And if you have been tracking it, thank you! And for those people that have, you get to see an extension of the characters you’ve already grown to love.