Pitfalls of Easy Credit Exposed in Documentary about Debt in America 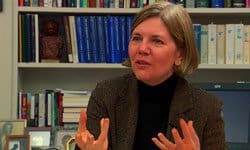 Why do you think more Americans will file for bankruptcy than for divorce this year? According to Maxed Out, the answer lies in the increasingly predatory lending practices of the country’s credit card companies. For just a generation ago, it was much more difficult to obtain a line of credit from a bank. But between the deregulation of interest rates and a revised corporate philosophy, those who could least afford debt, suddenly found themselves deluged with credit card offers.

The result is no surprise: millions of borrowers who end-up burdened by a mountain of debt they have no way of ever eliminating. The best they can do is keep making partial payments while their bills escalate exponentially. And the credit card companies are quite comfortable with this arrangement because this modern equivalent of indentured servitude simply ensures that the rich will get richer and that the poor will stay poor.

Directed by James D. Scurlock (Parents of the Year), Maxed Out isn’t a movie about those fiscally-irresponsible folks who have failed to manage their finances due to their own delinquency. No, this alarming expose’ reveals a banking industry which specifically targets the naive, the poor, the uneducated, and other high-risk individuals because the best customers are those who broke. 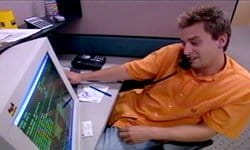 How did we become a country where avaricious mega-corporations heartlessly feast on the misfortunes of the least of our brethren, aided and abetted in that endeavor encouraged by an anti-consumer Congress? This is the question which Maxed Out seeks to answer via a combination of probing interviews with experts, such as Harvard Law Professor Elizabeth Warren, and eye-opening investigative journalism conducted all across the nation.

In Mississippi, we are introduced to a mentally-retarded African-American on fixed income who lost her home after being duped into signing a loan agreement whose repayment terms she would obviously never be able to meet. In Oklahoma, we learn of two college coeds who committed suicide because of runaway credit card debt incurred as undergrads. 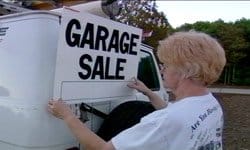 Then, there’s the case of the Minnesota housewife whose credit rating was ruined when she was prematurely reported to be deceased. And how about the proof provided that a leading bank actually had a policy of disposing customers’ payment checks in the trash so as to be able to charge late fees and interest?

A much-needed wake-up call to face the fact that state-sanctioned unconscionable usury and exorbitant late fees leveled in the name of profit are destroying the prospects of the masses of working class citizens of ever achieving anything approaching the American Dream. A must see for anyone who’s addicted to plastic.