Born Kentucky, but raised in Georgia, Keith Robinson is a dynamic and multi-talented actor/singer/songwriter who can be seen on the new FOX drama premiering in April called “Canterbury’s Law.” The show is a courtroom drama starring Julianna Margulies as an iconoclastic defense attorney who’s willing to bend the law in order to protect the wrongfully accused. Keith plays Chester Grant, a congressman’s son who’s embarrassed by his privileged upbringing and has turned his back on politics. The show premieres on FOX in April 2008.

Keith is probably best known for the role of C.C. White in the screen adaptation of Dreamgirls. Keith also performed “Patience,” an Oscar-nominated song from the film with Jennifer Hudson, Beyonce’ and Anika Noni Rose Patience at last year’s Academy Awards. Earlier, he played Bill Cosby in the 2004 hit film Fat Albert. 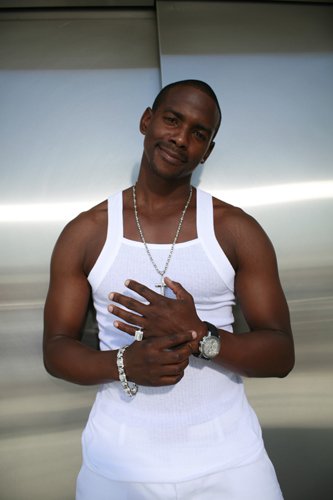 On television, he met with success in recurring roles on the NBC drama “American Dreams” and FX’s critically-acclaimed Iraq war series, “Over There.” He won a 2006 Camie (Character and Morality in Entertainment) Award for his stellar work in “The Reading Room,” an original Hallmark movie starring James Earl Jones. 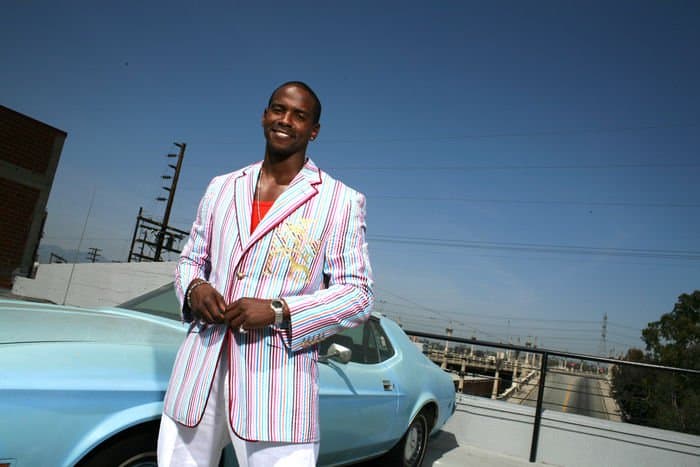 Youngsters might recognize him as the Green Ranger of the Mighty Morphin Power Rangers. And most recently, Keith enjoyed a supporting role in the new holiday classic film This Christmas for Sony Screen Gems.

When not on the set, Keith can be fund in the recording studio working on his first solo album, Utopia, which will be released sometime this Summer. The passionate crooner is very excited to be bringing his unique brand of R&B to his fans.

KW: Hi Keith, thanks for the time.

KR: Thank you, thanks for having me.

KR: It was an edgy law drama that had a unique spin on how they solved the cases.

KW: You play the son of a congressman on the series. Tell me a little about your character.

KR: His name is Chester Grant. He’s a young, focused hotshot lawyer who’s eager to make his mark, somewhat like a young Johnny Cochran. His father is a well-off, crooked politician and they bump heads a lot.

KR: I did some reading and watched a lot of episodes of “Matlock” and law shows.

KR: A movie is a more creative process. You are not as pressed for time. On a TV series you have more time deadlines and it can be routine, a good routine, but routine.

KW: Your breakout role, I suppose, was as the Green Power Ranger. Do little kids come up to you on the street because of the Mighty Morphin Power Rangers?

KW: So are you recognized more as C.C. White from Dreamgirls or as the Green Ranger?

KW: Were you at all intimidated being surrounded by such a star-studded cast in Dreamgirls, since it included Jennifer, Beyonce’, Eddie Murphy, Jamie Foxx, Danny Glover, Loretta Devine, Jaleel ‘Urkel’ White and others?

KR: No. I felt like I was just as qualified. I was honored, but not intimidated.

KW: I know that your debut CD is going to drop this summer. How would you describe the music?

KR: Classic soul with a fuze of hip-hop.

KW: Where can fans go to hear a sample of your singing?

KR: To iTunes, where they can download the single “Red Eye.” Or they can visit my MySpace page at www.myspace.com/Keithrobinsonofficial

KW: Which do you enjoy more, singing or acting?

KR: I love them both equally.

KR: I live in The Valley, Chino.

KR: I just finished Sidney Poitier’s autobiography, The Measure of a Man: A Spiritual Autobiography.

KR:What do you want to be remembered for?

KW:Okay, what do you want to be remembered for?

KR:I want to be remembered as someone who tried to make good on their God given talent and wasn’t afraid to chase their dreams.

KR: I think when I was 8 years old. I did a play where I played a rhino and I really dug it. It was on from there.

KR: Never stop believing in yourself, and don’t let anyone discourage you.

KW: Thanks again for the interview, Keith, and best of luck with all your endeavors.