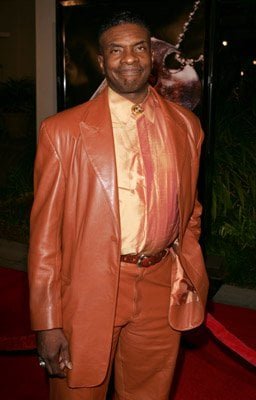 Keith David Williams was born in Harlem on June 4, 1956. His thirst for the stage was whetted at an early age when he played the Cowardly Lion in a school production of The Wizard of Oz. This inspired him to attend New York City’s prestigious High School for the Performing Arts, where he showed enough promise to be admitted to Juilliard.

After graduating, he dropped his surname and honed his skills performing Shakespeare while touring the country with The Acting Company, John Houseman’s famed acting troupe. The Tony-nominee (for Jelly’s Last Jam) found national fame as Keith the Carpenter, a recurring role he enjoyed on the children’s TV show Mr. Rogers Neighborhood.

He would soon become a peripatetic character actor whose familiar face has now graced over 100 movies and television shows, including Crash, Barbershop, Mr. & Mrs. Smith, ATL, Armageddon, Bird, Platoon, Always, Clockers, Dead Presidents, The Transporter 2 and Pitch Black, to name a few. The stentorian-throated thespian’s services has been just as much in demand off-camera, evidenced by his profusion of voiceover work in cartoons, on commercials, narrating PBS series such as Jazz, Nature, Nova and Mark Twain.

In 2005, Mr. David delivered an Emmy-winning performance as the narrator of Unforgivable Blackness: The Rise and Fall of Jack Johnson. His distinctive, commanding sound can currently be found anywhere in the country in the Navy’s new “Accelerate Your Life” recruitment campaign. 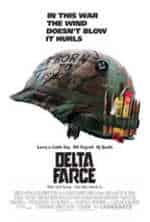 Here, he talks about his latest role as Sergeant Kilgore in Delta Farce, a comedy about three drinking buddies (Larry the Cable Guy, DJ Qualls and Bill Engvall) who are mistakenly herded onto a National Guard plane headed for Iraq only to end up in Mexico and believing that they’ve actually landed in the Middle East.

KW: Tell me a little about the character you play in Delta Farce.

KD: I play Sergeant Kilgore who’s a “don’t take no mess” kind a guy. He gets involved in a whole battery of stuff, because once you go on a ride with these guys, it’s a rough and tumble ride. [Laughs]

KW: What was it like acting opposite a couple of stand-up comics like Larry the Cable Guy and Bill Engvall?

KD: The great thing is, I love a good joke, and I love to tell good jokes myself. And when you’re working with comedians, the best thing about being there is that, for most of the day, I hear some great jokes, most of which I can’t repeat to you. [Laughs] But I got some pretty funny stuff for my material box.

KW: Is it hard, as a Juilliard-trained Shakespearean actor to dumb yourself down to do a zany spoof?

KD: No, it’s fun for me, because I just get to do what I do, and just react and play off of them. It’s a great blend, a wonderful mix, because I get to be the straight man, and sometimes be a little funny, and like I said, hang around a bunch of great guys.

KD: We need a few more guys over in Fallujah, and they happen to be in a unit that deployed most of their people, but there were these three guys that didn’t get deployed. So, I get the assignment to whip them into shape so they can get out there.

KW: And how does the plot thicken?

KD: Instead of being sent to Iraq, we wind up in Mexico. But on the flip side, we get to do what we had set out to do in Fallujah, which is save the day. We find a Mexican village that’s in trouble with some banditos, so we have to come to the rescue.