NewsBlaze News
Home Business Latest Business That $2500 Car You Wished For, On The Way

Can a cheap car be sexy? Maybe… I have a love affair with my car, I had one with the last set of wheels. Sure I resist paying for a really good ride but never have buyer’s remorse. So if I can dodge being part of global warming and not have to pay off a costly machine, whatta deal. Maybe I’ll take a cruise and watch the ozone hole close up.

India thinks they can help via Tata Motors (TTM) who’s sending us a $2500 ride. Today the least expensive car I could find is a Chevy, their Aveo goes home with you for just under $11,000.

Sexy or not, think about it a minute, a car for a fraction of the price of that flat screen. Most of us can slap it on the ole’ Discover card and pay it off before the holiday shopping season. 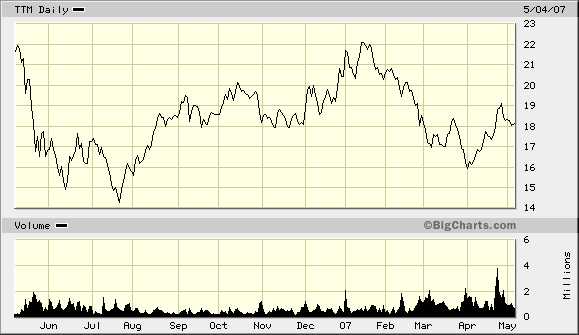 Tata isn’t new to the car biz, they’re been turning out trucks, buses, ambulances, even some cement mixers since the company was founded 52 years ago. They also act as a secondary market, cranking out parts for Ford, GM, Benz, Toyota, and Jags.

India manufacturers are often privy to employee training the way the company trains techs in order to in-source jobs from the rest of the planet. Quality of individual work is considered better than that in China. Second in population after China, many think India with a billion citizens will overtake China’s population to become the world-wide #1 economy. Indian Central Statistical Office estimates GDP growth rate at 9%.

Today selling at $19 with a P/E of 15 and a dividend yield of 1.5% Tata trades on the New York Stock Exchange under the symbol TTM. Market capitalization is $7.3 billion, favorable contrast with Toyota’s equivalent P/E or higher P/E of 23 at Honda.

Tata Motors were up 19% in the month of February in a year to year comparison, commercial sales up 22% (David Riedel of Riedel Research Group). Granted, sales only rose 11% in March but quarterly revenue still was 60% on the positive side, earnings up 30%. Which U.S. or European car manufacturer would not have danced in the street for half that, half that over the past several years.

The sales have been influenced by two things – the government and the economy. The Indian government has imposed strict emissions standards to protect the environment forcing people to buy fuel efficient trucks and cars.

What has been a boom Indian economy and now may become one for us is the fact India wants it’s young employees to be able to afford a reliable car. Today that’s only 7 out of 1000 among the unwashed masses so Tata has huge potential there and may become the hit of the planet.

Truck owners aren’t left out. Tata got orders for $5100 priced trucks under the model name “Ace” they introduced back in 2005. They’ve sold 100,000 Ace trucks in less then two years so says Forbes. To serve demand Tata is also building factory facilities to meet truck demands.

What will a Tata cost you today. Nothing, can’t be had. It is anticipated when one is available cost will be more than $5000 thankyou Federal Government Customs Duties. There may be some minor car modifications required to meet all our specifications. Still, demand is the name of the game. If we insist, we can and will get it, sooner rather then later, too.