Born in New York City on October 1, 1986, Jurnee Smollett-Bell is an award-winning actress and activist of rare talent and conviction. She recently starred in the Emmy Award-winning series “Friday Night Lights” on which she portrayed the character Jess. She’s also been seen on “The Defenders” as Lisa, a new attorney at the law firm.

The versatile thespian landed her breakthrough role at the age of 11, when she starred in Eve’s Bayou opposite Samuel L. Jackson and was cited by Interview Magazine as one of the five Hollywood stars to watch in the new millennium. Her other film credits include Roll Bounce, Gridiron Gang, and Beautiful Joe with Sharon Stone as well as made-for-television films including the Wonderful World of Disney’s “Selma Lord Selma” and Showtime’s “Ruby’s Bucket of Blood” opposite Angela Bassett. 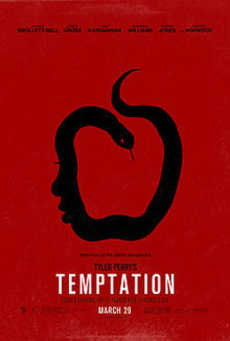 On TV, Jurnee has guest starred in the season finale of “Grey’s Anatomy” as well as on “House,” “E.R.,” “Strong Medicine,” and “NYPD Blue.” Her other television credits include “Wanda at Large” and “Cosby,” for which she won NAACP Image Awards in 1999 and 2000.

She began her television acting career at the age of 4 with a recurring role on “Full House,” later reviving the character for a season of “Hangin’ with Mr. Cooper.” She followed that by starring on the ABC comedy “On Our Own” alongside her real life sister, Jazz, and her brothers, Jojo, Jussie, Jake and Jocqui.

Besides acting and singing, Jurnee is an activist and the youngest board member of Artists for a New South Africa (ANSA), a nonprofit dedicated to fighting the spread of HIV, advancing human rights, and to educating and empowering AIDS orphans and other at-risk youth. She has been involved with ANSA since the age of 11.

Working with the organization, Jurnee has traveled to South Africa, where she has met with Nelson Mandela and Archbishop Tutu, as well as with victims of HIV. She even went on an official mission for the U.S. State Department to Botswana, Swaziland and South Africa to conduct AIDS awareness workshops.

Among Jurnee’s other charitable causes is the Children’s Defense Fund, where she joined the board at the invitation of her longtime mentor, Marian Wright Edelman. Here, she talks about starring as Judith opposite Vanessa Williams, Kim Kardashian and Brandy in Tyler Perry’s latest morality play, Temptation.

Jurnee Smollett: Thank you for taking the time.

KW: The last time I had a chance to speak to you was when you were doing The Great Debaters.

JS: The challenge of the role. It’s kind of what you look for as an actor. Something that you haven’t done before… something that can really make you stretch… and honestly, I’d always wanted to work with Tyler.

KW: How did that come about?

JS: I was awakened by a call early one morning from an Atlanta number. When I answered my cell phone, the person said, “Hello, this is Tyler Perry. May I speak with Jurnee?” And I said, “Shut up, there ain’t no way this is Tyler Perry.” [Chuckles] I thought it was one of my brothers doing a prank call on me. Tyler just laughed, apologized for waking me, and then asked me to call him back after I got up. When I hung up, my husband turned over and asked, “Baby, do you think that maybe that really was Tyler Perry? You might want to call back and see.” [Chuckles] Lo and behold, it was Tyler, and he said he had been following my career and that he had written this script with me in mind. He said Bill Cosby had actually told him years ago that he needed to work with me.

KW: So, what did you think of the script?

KW: Harriet Pakula-Teweles says: Tyler Perry does very well at being funny and at being serious. You, too, do well at both. How did you prepare for the different emotional moods your character, Judith, is called upon to convey in Temptation?

JS: I had to do a lot of research because of the complexity of the character since she passes through so many different emotional colors. In preparation, I spent time speaking with marriage counselors , therapists and relationship experts in order to get into her head, to understand what leads to what, and how a third person could come between you and your spouse and convince you that your marriage and life isn’t what it should be. I wanted to get a sense of how that could happen. Being a newlywed, it was so hard for me to imagine that. Tyler and I would debate back and forth about the script. I’d ask, “Would she really do that?” Sometimes, he’d make an adjustment, other times he say, “Look, Jurnee, you have to remember this is not you in a happy marriage.” Those were the moments when I had to rely on my research.

KW: What was it like having Tyler Perry as a writer and director?

JS: It was such a great experience. He’s so down-to-earth… he’s a fun guy… and he keeps a great set. Everything’s on time. He’s the first one to show up, the last one to leave, and he’s really open to suggestions and collaboration. For instance, if I said, “I don’t feel that that dialogue is truthful,” he’d respond with, “Okay, let’s work that out. Let’s adjust it.” He was very open to play, which is what you look for as an artist.

KW: What was it like working with your leading men Lance and Robbie, as well as Kim, Brandy and Vanessa?

JS: It was great to work with the guys, because they really brought their “A” game. I was really grateful to them for being so open and emotionally available, since half of my performance involved looking into their eyes and reacting to them. And what an amazing cast of women. Vanessa Williams, who plays my boss, is such a legend. I’ve always looked up to her. Not only is she so gorgeous, but she is a pro. She gave me some great advice and support, that little stamp of “You got this, girl!” which you never can get enough of. Brandy, I already knew. Although I didn’t have many scenes with her, I was happy that she was in the film because she’s such a talented actress. And Kim was just so sweet to work with. She was very eager and very professional. It was a great, diverse cast.

KW: What message do you think Tyler wants his audience to take away from the film?

JS: I think he really wants the film to start a dialogue among couples about relationships. That you cannot take your loved one for granted. You have to continue to communicate. You always have to work on the relationship. And then there’s another message about choices. The film at its core is really about how thoughts can infect your mind that might lead to choices that can lead to actions and behavior you never thought yourself capable of, if you don’t watch yourself. Since the movie, in a way, is a cautionary tale, Tyler wants the message about relationships to reach younger people, too.

KW: Children’s book author Irene Smalls asks: Has the transition from child to adult actress been a smooth one for you?

JS: I’ve been blessed that it has been a smooth one, not without its challenges, of course. But for the most part, I’ve always been able to work. I’m very picky about the kind of work that I do, and I’m fortunate to have been able to work with great directors and great actors who’ve helped me grow as an artist.

KW: Marcia Evans asks: Do you have any upcoming projects with any of your siblings?

JS: Ahh! Possibly. My siblings are so talented. My sister’s a producer, and my brothers and I all write. We’ve been developing some stuff. We’ll see. It would have to be the right project. But for now, I’ve recently joined the cast of True Blood.

KW: Marcia also asks: Is there an historical figure you would like to play in a biopic?

JS: Ahh… that’s a good question. But there are too many to pick just one. [Chuckles]

KW: Editor/Legist Patricia Turnier asks: How did you come to develop an interest at such an early age in AIDS in Africa and the Children’s Defense Fund as charitable causes?

JS: I love that question. When I was 12 years-old, I got involved with an organization called Artists for a New South Africa. One of its missions is to help with HIV/AIDS awareness. My best friend is Hydeia Broadbent who was one of the first people in America born HIV+. Between those two, I’ve always been passionate about HIV from a young age, because I’ve seen, personally, how it can affect someone’s life. Obviously, HIV/AIDS isn’t a death sentence anymore. Hydeia will be 28 soon and she’s a walking example of that. But still, as her best friend, I see how hard it is to live with this disease. She wakes up with stomach aches, because the medication is really harsh on your body. It’s nothing that anyone would choose to have. So, I do what I can to educate young people about this disease, because it is preventable.

KW: Patricia also says: I loved your performance in The Great Debaters. She asks: What does it mean to you to have African-American, Christian and Jewish roots?

JS: It means that I’m a mutt. [LOL] My mom is African-American, Native-American, Irish and Creole, and my father is of Jewish, Russian and Polish descent. It’s made me who I am. Because of my diverse background, I think I can relate to many different people, different stories and different communities.

JS: [LOL] I see my big ole smile. No, I see this young woman that I pray God can use for a bigger reason.

KW: Thanks again for the time, Jurnee, and best of luck with the film.

To see a trailer for Temptation: