NewsBlaze News
Home Entertainment Interviews Interview With The Man Behind The Largest Movie Poster Collection in The...

The Academy of Motion Picture Arts and Sciences reported recently that it is pleased to announce that it has received a gift of 1,088 original movie posters from the golden age of Hollywood filmmaking. The posters have been donated by Dwight Cleveland, a Chicago real estate developer, who has amassed one of the largest and most historically significant collections of movie posters in the world.

The donated posters document the studio era of “B” movie filmmaking in the first half of the 20th century and include examples from Twentieth Century-Fox. A variety of genres are represented, including westerns, war films, musicals, biblical tales, and social problem films.

Mr. Cleveland began collecting in 1977 while still in high school, inspired after seeing film posters in an art teacher’s classroom. After moving to Los Angeles for a brief period, Mr. Cleveland scoured the once-plentiful collector’s shops on Hollywood Boulevard, and later the world, for posters. He continues to collect today.

“I really think that film posters are one of the very few truly indigenous art forms of our country,” Mr. Cleveland said. “By making these gifts, I hope to excite an appreciation for the works themselves among members of the general public and also set a good example for other collectors.”

The Cleveland collection has been meticulously cataloged, conserved and photographed. Posters in the library’s collections are stored in climate-controlled vaults in Beverly Hills and may be accessed by filmmakers, historians, journalists, students and the general public. They are frequently shown at the Academy’s own exhibitions and loaned to cultural institutions worldwide.

For thirty six years, Dwight Cleveland has searched the globe for rare movie posters. What began as a love for the movies and an eye for the unique art of the film industry became what Mr. Cleveland reports is the largest, most complete movie poster archive in the world. The archive includes every Best Picture winner at the Academy Awards, and the top 100 films of all time as rated by The American Film Institute and The Internet Movie Data Base.

The vast archive Dwight Cleveland still houses showcases films from every major movie genre with over 11,000 movie posters from over 55 countries. The archive is housed in a secure, temperature controlled environment and is organized by film genre. The archive has been valued at over $3.5 million dollars. Some individual posters are worth over $20,000.

The Hollywood Sentinel had the pleasure to speak with Mr. Cleveland regarding the collection, his gift to the Academy of Motion Picture Arts and Sciences, and Hollywood in general. The following is a portion of that discussion.

An Exclusive Interview with Dwight Cleveland

Dwight Cleveland: Well, I’ve been giving things to the Library of Congress in Washington, for years, and have established an archive there of things -all predominantly pre-1940, and in 2011 the same protocol that I had used prior to that, which was basically to call them sometime in December and say, “I’ve got another group of things I’d like to give,” but in 2011 they said that they couldn’t process it by the end of the year.

Dwight Cleveland: (laughs) And so believe it or not, I wanted to donate it in that calendar year, and so I sort of cast around, and to be quite honest with you, the Academy gets a lot of stuff donated to them. Not really that many posters, but you know, they get archives and letters and props, and all sorts of stuff that people end up with when films are completed, so they end up with just a monumental amount of things (…) but then a friend of mine had a poster show there and I got a couple of calls over the years, just trying to keep in touch with people and so after I heard this news from the library, and they were very, very receptive, and they were more than willing to take this group, so, the idea really is really to get the word out on these posters to develop more of an appreciation for them. 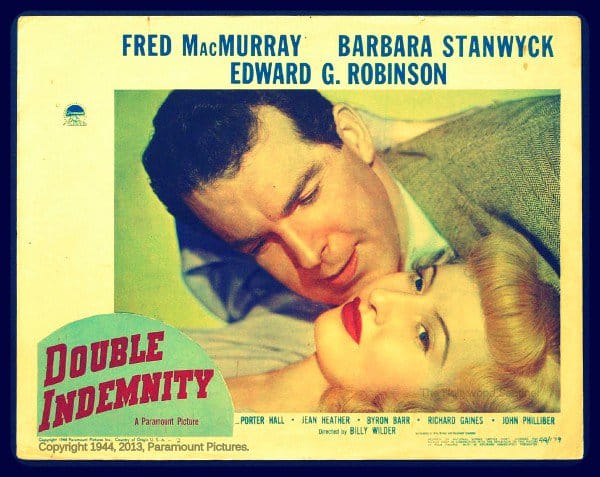 I think a lot of film people consider the quote un-quote ‘art’ the film itself of course, and so the posters get relegated to the category of- I guess the best analogy is kind of the way a chocoholic would treat a candy wrapper. And so of course the fine art people consider- well it is commercial art so they don’t really elevate it to the sort of level of original art – shall we say, so it’s kind of in this weird space. Those of us that appreciate it and collect it consider it just you know, unbelievable graphic art, and a comment on culture in our country, and it traces an important art of over 100 years that they’ve been making films, so we think it’s great.

Dwight Clevland: Yeah, well that’s great to hear. You’re sort of old school then because when film began in the turn of century, and the/ teens and twenties and what not, the entire advertising budget for a film went in to the poster. There were no alternatives. There was no T.V., there was no radio, there was no Twitter or Face Book or any of that kind of stuff, and so the entire budget went in to the production (and) distribution of these posters, and as the technology changed, as radio came in and television, and you know everything started to evolve, the advertising budget started getting cut up and only a portion of it would then go to the posters, so today I would have to say that the influence of the poster is severely reduced compared to the influence that it used to have, and when these were first designed, they were meant to grab you by the lapels and scream in to your ears, ‘get you’re butt in to the theater and see this film!’ Now there is so many other ways for people to hear about films, and to be influenced in terms of whether they want to see it or not.

Dwight Cleveland: Most get in to this because they are film students or film aficionados, and so they have a favorite star, or favorite genre. You know a lot of guys will collect on (Humphrey) Bogart, and a lot will collect Universal (Studios) horror, or musicals, things like that. That was not how I got in to it at all. I fell in love with the art work first, so that really has been a driving force during my collecting career, and it was only after that, that I really learned to love the movies and start to have favorite film stars, and you know, films and film genres. So it’s always been the art work that has always driven my collecting. It’s a hobby you know, not unlike baseball cards and comic books and stuff. There is a big- what the economists call- an ‘inefficiency in the market,’ where you can find one thing on the East Coast where they might want a thousand dollars for it, and on the West Coast, they may want only five hundred.

So there are not a huge number of people that collect these, there never has been, so they are difficult to find. They are far more difficult to find than baseball cards and comic books. It’s all paper, but those were distributed to the public. Films posters were only distributed to theater owners, so the only people who really had access to them were the guys pushing brooms, cleaning up after you left (the theater) or the guy who has the wallpaper paste and whose job it was to go around town and plaster these things on the sides of buildings and what not. So right from the get go, they are just a lot more difficult to find. Personally I don’t really think that the value of what they are today is what it should be and what it could be, and that’s part of getting the message out there of how unique these things are, and how incredibly rare they are, and I think once people see them and see how beautiful they are, and see that this market has a long way to go, I think that people will jump in on the opportunity.