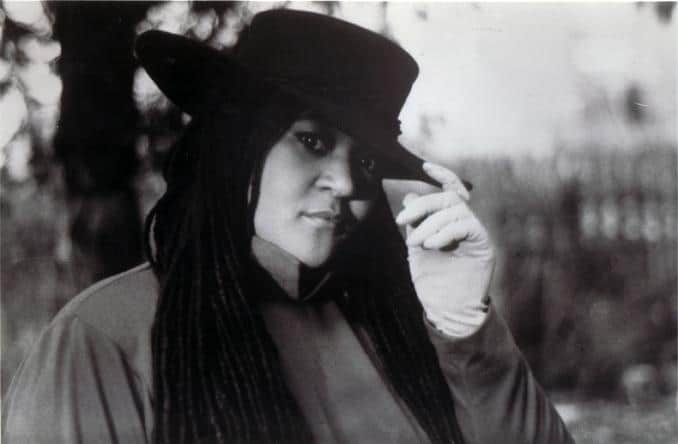 Director Hisani DuBose has been very busy since this critic dubbed her the best black director of 2005, while naming her movie, “The Vanishing Black Male,” the best black documentary of the year. The picture has since been screened at eleven film festivals around the country, and won a Broader Vision Award. And clips from the documentary can presently be seen on the cable network TV One’s broadband channel.

An avid advocate for independent filmmakers, she co-founded the Movie Maker’s Network in her native New Jersey. On July 20th the organization is holding an information session for potential investors and the finance community to educate them regarding backing independent films and recouping their investments.

During their annual film festival, they will be kicking-off the Entrepreneurial Institute for Independent Filmmakers. The Institute will take aspiring directors through a day-long series of workshops designed to help them understand the industry and to see themselves as entrepreneurs. The Production workshop will be facilitated by Monty Ross who has produced for Warner Brothers, Universal and Spike Lee’s Forty Acres and a Mule Filmworks.

KW: Why did you produce a documentary about bouncers?

HD: There were stories that came out of New York a few years ago about bouncers attacking female club goers. This caught my attention. Then I met Angel who owns a company that provides personal security for celebrities and hires bouncers out to clubs. He wanted to do a documentary about his work. The more I talked to him the more interested I became. Here was a man who had a well thought out philosophy about his work. I realized that bouncers are more than big dangerous guys. We followed him at work for a week. The documentary will be entertaining and I think important for females to watch and it’s also for parents who have children who can’t wait to turn twenty-one so they can go clubbing.

KW: Where can it be seen?

HD: It will premiere at the Memfest Film Festival, at Bloomfield College in New Jersey on October 27th and then immediately go into DVD distribution via www.indiepix.net. Our goal is to bring it to a cable network. We will probably screen it in Manhattan following the festival.

KW: Tell me a little about the New Jersey Movie Maker’s Network.

HD: It’s a membership-based service organization for New Jersey’s independent film community. We present professional workshops to help filmmakers move their projects forward, hold bi-monthly screenings of independent movies and a yearly film festival called Memfest. The festival and screenings help independent filmmakers develop a track record for their work and get audience response. Our workshops have been facilitated by industry professionals such as screenwriter/playwright Richard Wesley who discussed developing strong characters, and Marc Jacobson of Greenberg Traurig, a law firm with one of the largest entertainment divisions in the country. Marc did an outstanding workshop on distribution. Michael B. Jordan of The Wire and The Sopranos talked about acting as did many other actors. We have never had money to pay speakers so we were surprised to find out how many people were willing to share information. And while New Jersey is our primary target, we have members from New York, Pennsylvania and elsewhere, even Arkansas. We don’t turn anyone away.

KW: What are you trying to accomplish with at the July 20th gathering?

HD: New Jersey is a very tough state for independent filmmakers. Not even the government officials understand that we are a growth industry, surviving in spite of the odds. It is extremely difficult for us to raise money for productions. If you are not talking about real estate, technology or pharmaceuticals, investors don’t respond. We are inviting speculators, venture capitalists and any others with money who might be interested in learning about the process of investing in independent movies. We plan to present the process step by step, including how investment dollars are recouped. An auditor recently pointed out to me that even if funds aren’t recouped, the tax write off is a big advantage, so it’s a no lose situation. Of course, we want investors to make money, so we can go to them for the next project. Our goal is to create a climate where independent producers can find investors and not have to leave the state because they can’t work.

KW: Will anyone besides independent filmmakers be there to help pitch the idea?

HD: Yes, Patrick G. Carter from Ameriprise Financial will moderate the program for us, and to act as interpreter between the financial community and us filmmakers. There will also be a representative from the New Jersey Motion Picture and Television Commission.

KW: And what is the Entrepreneurial Institute for Independent Filmmakers?

HD: In order for members of the state’s finance community to feel comfortable recommending that their clients invest in our projects, we want them to realize that independent filmmakers understand the business side of the industry. Those who have been around a while understand aspects of the business, but we want to go further and be sure independent filmmakers realize that they are entrepreneurs. In today’s climate you must see yourself that way and understand that you are your product along with your movies. Therefore, we established the Institute to cover the critical issues related to the business of filmmaking, including production, financing, marketing, promotion, distribution and screenwriting. After all, it all starts with a sound story. We are excited to have Monty Ross, such an experienced producer help us kick off this institute by facilitating the “Business of Production” workshop.

KW: When will this take place?

KW: What is the cost of this Entrepreneurial Institute and where will it take place?

HD: Anyone purchasing an all day pass to the festival for $40 can attend but they should pre-register because space is limited. It will take place at the Westminster Arts Center at Bloomfield College in Bloomfield, NJ, bordering Newark. For more information people can visit our web site at www.njmoviemakers.com Everyone attending all workshops in the institute will receive a certificate of completion.

KW: What made you realize the importance of independent filmmakers seeing themselves as entrepreneurs?

HD: In my constant quest to raise production money, I read the trades, the business section of the paper, talk to people, anything to get ideas. I have been turned down by banks, by the Small Business Administration, by venture capital associations, by all the entities that are supposed to help small businesses grow. I went to the Rutgers Newark Small Business Development Center out of frustration and just to talk. My relationship with them has grown over the past three years. They really listened to me when I told them I needed to get better at writing business plans but they had to be customized for movie production. We went back and forth; I took the class and they now are the only center in the state where a filmmaker can go learn to write a business plan for our industry. My association with them helped me realize that my production company is a legitimate business and it’s my responsibility to operate like one. Of course, I am an artist first, but we are smart enough to be both artist and entrepreneur. This point of view empowers us. Now we are not begging for money. We are offering investors an opportunity to make money by financing our product. I have gotten investment from individuals, but to grow you have to be able to go beyond your friends and acquaintances, unless you know millionaires or have them in your family.

KW: It was recently announced that Robert De Niro and Al Pacino have partnered to produce and co-star in a movie with a sixty million-dollar budget called Righteous Kill. Since they’re not dependent on a big Hollywood studio for financing, do you still consider this an independent movie?

HD: There was a lot of discussion about the criteria for a movie to be truly independent when Mel Gibson released “The Passion of Christ.” The general consensus was that as long as the movie was not produced by a major studio it is independent so yes, the De Niro-Pacino project is independent. However, there are different levels of independent movies. There are independents produced by “stars” with access to other stars and large sums of money. It seems these are the movies that make it to major festivals. How can a small independent with no “name” star or only one who is no longer on the “A” list and a small budget compete with these star driven projects? For the most part, you can’t go toe to toe with them so you have to go to smaller festivals and alternative distribution to build a track record and get your work out there. We have to keep working to hone our craft and be like boxers, always looking for the opening.

KW: Thanks for the time, and you know I’m expecting big things of you after naming you the best black director of the year:

HD: I am always studying, observing, learning…I am my harshest critic. My head is filled with stories to tell and I will not stop until they are out of my head and on the screen. Your vote of confidence in my work is tremendously appreciated. Thank You.